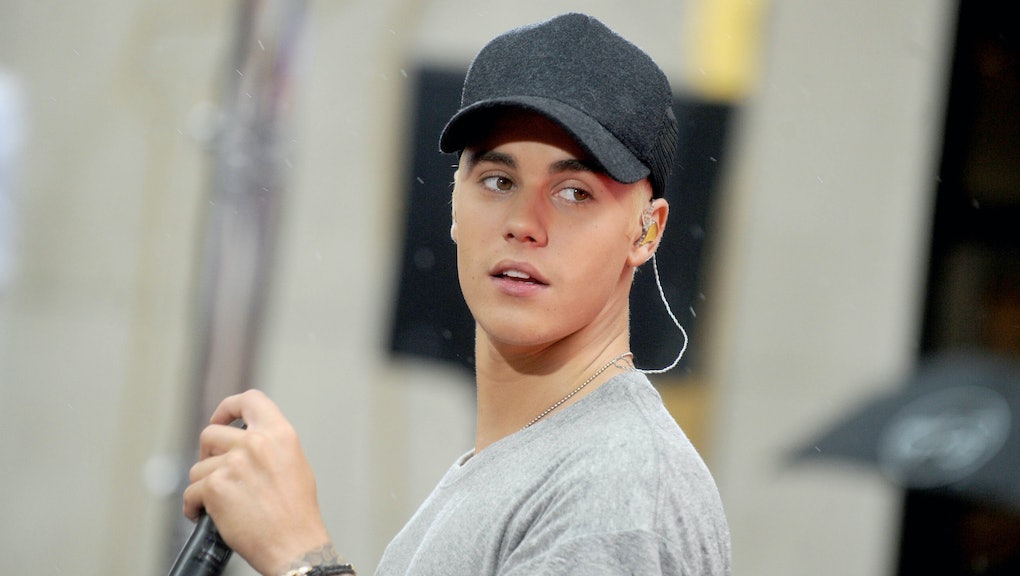 Jeremy Bieber, the 40-year-old father of Justin Bieber, took to Twitter Friday morning to weigh in on his son's latest photo fiasco, which came in the form of a series of Justin Bieber nudes that hit the Internet Wednesday. In his tweet, Jeremy Bieber expressed pride over the leaked photos and asked, "What do you feed that thing?" an apparent reference to his son's penis.

As of 12 p.m. EDT, the awkward-at-best tweet had been retweeted more than 2,000 times, inducing disgust in some Twitter users and anger in others. Mostly, it had the entire Twitter community saying, "What do you mean?"

The New York Daily News was the first to publish the Justin Bieber nude photos on Wednesday. In the images, photographers caught Bieber naked while on vacation in Bora Bora. On Friday, Bieber's legal team issued a cease and desist letter to several media outlets and threatened to sue if they didn't remove the photos from their websites, Global Grind reports.