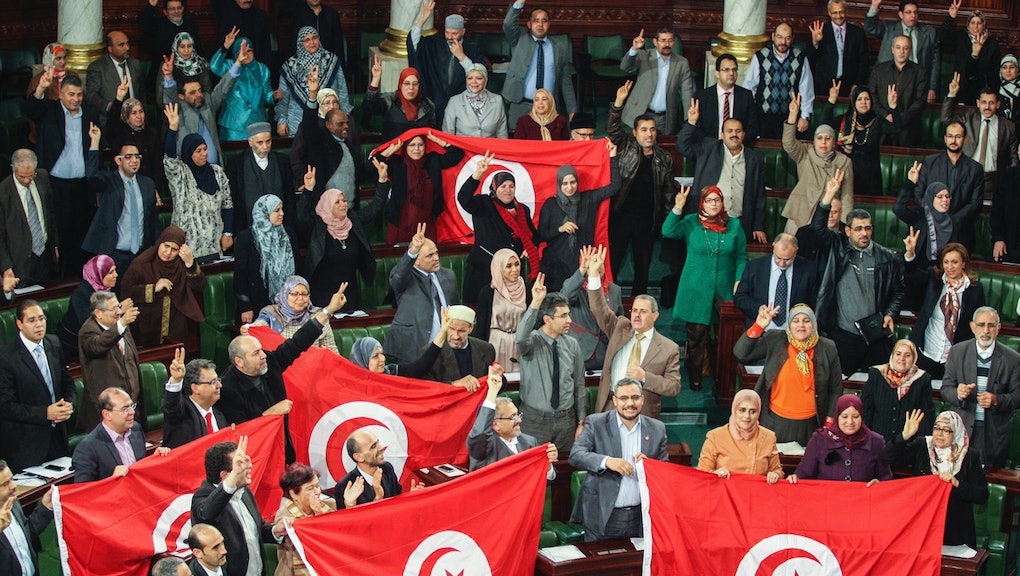 On Friday, the Norwegian Nobel Committee awarded the 2015 Nobel Peace Price to the Tunisian National Dialogue Quartet for its part in establishing a pluralistic democracy in Tunisia. The Dialogue Quartet was instrumental in safeguarding peace in 2013, when political assassinations and social unrest plagued the country and threatened to tear down the democratization process.

The National Dialogue Quartet formed in 2013 in the wake of the Jasmine Revolution of 2011, an uprising that protested corruption and unseated then-President Zine al-Abidine Ben Ali.

"[The National Dialogue Quartet] was thus instrumental in enabling Tunisia, in the space of a few years, to establish a constitutional system of government guaranteeing fundamental rights for the entire population, irrespective of gender, political conviction or religious belief," the Nobel Committee explained in a statement announcing the award.

Tunisia is considered to be the only Arab Spring state to maintain democratic order. The international movement, which began in Tunisia in early 2011, included a slew of anti-government protests that spread across a number of Middle Eastern countries. During those tumultuous years, the Quartet was able to help safeguard democracy by facilitating dialogue between the Tunisian people and the nation's political leaders to reach solutions based on consensus.

The Norweigian Nobel Committee said it hopes the prize will help inspire and motivate advocates for peace and democracy in the Middle East, North Africa and around the world.

"More than anything, the prize is intended as an encouragement to the Tunisian people who despite major challenges have laid the groundwork for a national fraternity which the Committee hopes will serve as an example to be followed by other countries," according to the statement.

Friday's announcement follows a week of Nobel Prize awards. On Thursday, Belarusian journalist and nonfiction writer Svetlana Alexievich won the Nobel Prize in literature for "her polyphonic writings, a monument to suffering and courage in our time," the Nobel Committee wrote. The 2015 Novel Prize in chemistry went to Tomas Lindahl, Paul Modrich and Aziz Sancar on Wednesday for their research in DNA repair. On Tuesday, Takaaki Kajita and Arthur McDonald won the prize in physics for proving that neutrinos have mass.

And on Monday, the prize in physiology/medicine went to William C. Campbell and Satoshi Omura for discovering new ways to treat infections from roundworm parasites, and to Youyou Tu for developing new therapies to treat malaria.The Nobel Committee is expected to announce the economic sciences Nobel Prize winner on Monday.

Head here for more on the history of the distinguished awards.