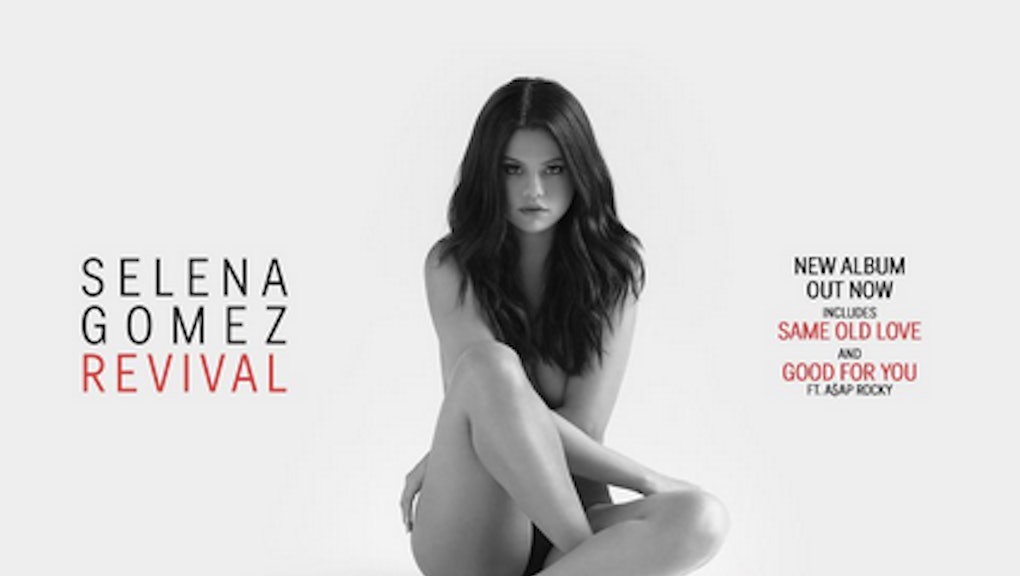 Selena Gomez's highly anticipated new album, Revival, was released on Friday featuring 11 new tracks from the 23-year-old pop star. The "Good For You" singer took to Twitter to tease the album's release as well as announce her upcoming Revival world tour.

The album is also available for live streaming via Apple Music, Spotify and TIDAL.

Below is the list of songs on Revival, according to iTunes:

Gomez's new album only includes one feature from a fellow artist in "Good For You," featuring rapper A$AP Rocky. The song has been making waves online and on the radio, making it Gomez's first No. 1 on the Billboard Pop Songs chart.

The sexually charged lyrics show a much different side of the former Disney star than fans usually see:

A$AP Rocky comes in during the second verse with some raunchy lyrics while rapping about a sexual affair with another well-known celebrity: