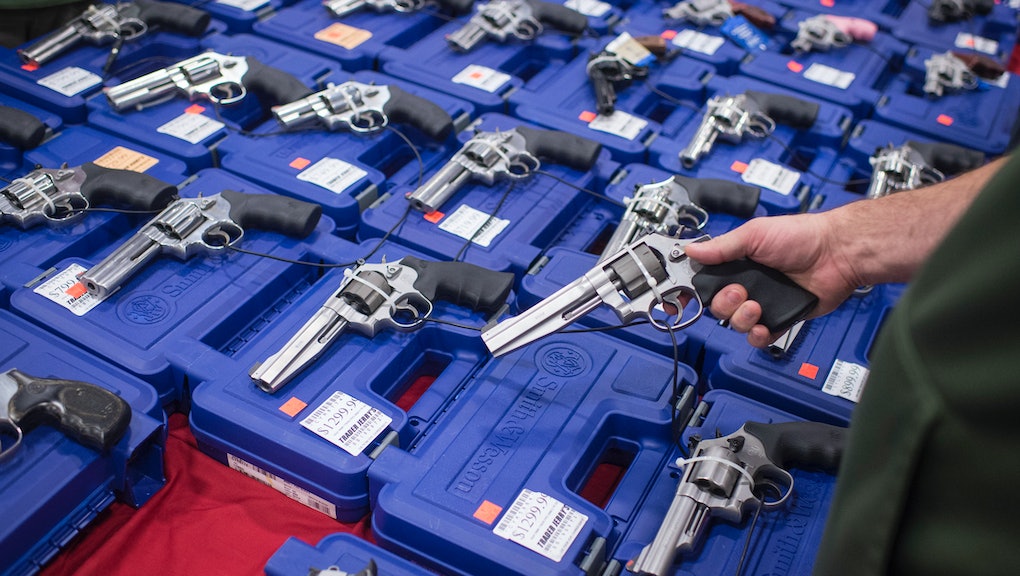 California Bans Concealed Firearms at All Schools Across State

The state of California has banned the concealed carrying of firearms at all colleges and schools in the state, with the Sacramento Bee reporting Democratic Gov. Jerry Brown signing Senate Bill 707 without comment.

The measure passes just weeks after a man killed nine people and wounded eight others at Umpqua Community College in Roseburg, Oregon. In the wake of the shooting, the perpetrator's father told a CNN reporter stricter gun laws might have prevented the massacre.

SB 707 forbids people from carrying concealed weapons within 1,000 feet of a school or college campus, closing an exception previously made for concealed carry permit holders. Now the only people in California allowed to carry firearms in those areas are current or retired law enforcement officers.

The Bee additionally reported California is the 19th state to enact such legislation and that the vote was mostly along party lines, with Republicans against.

The move comes amid widespread concern over mass shootings across the country. Researchers working for the Congressional Research Service recently concluded the U.S. has seen the number and lethality of mass shootings continue to increase over time, with an average of just 74 days between each mass shooting, defined as the killing of four or more people in a public space with firearms. According to CBS, "the University of California has spent more than $17 million on enhancing security at its 10 campuses" in the half-decade after the 2007 shooting at Virginia Tech, which killed 32 people.

While Democrats said the measure would increase safety at schools, Republicans argued that firearms on campus might prevent future incidents.

"I see carrying concealed weapon permits as a viable response to address some of these sad mass killings and also as a way for co-eds to defend themselves in this perceived rise in assaults on campuses," state Sen. John Moorlach (R-Costa Mesa) told the Orange County Register.

Civilians do sometimes intervene to stop gunmen, but Mother Jones' Mark Follman noted in 2012 that "attempts by armed civilians to intervene in shooting rampages are rare — and are successful even more rarely."