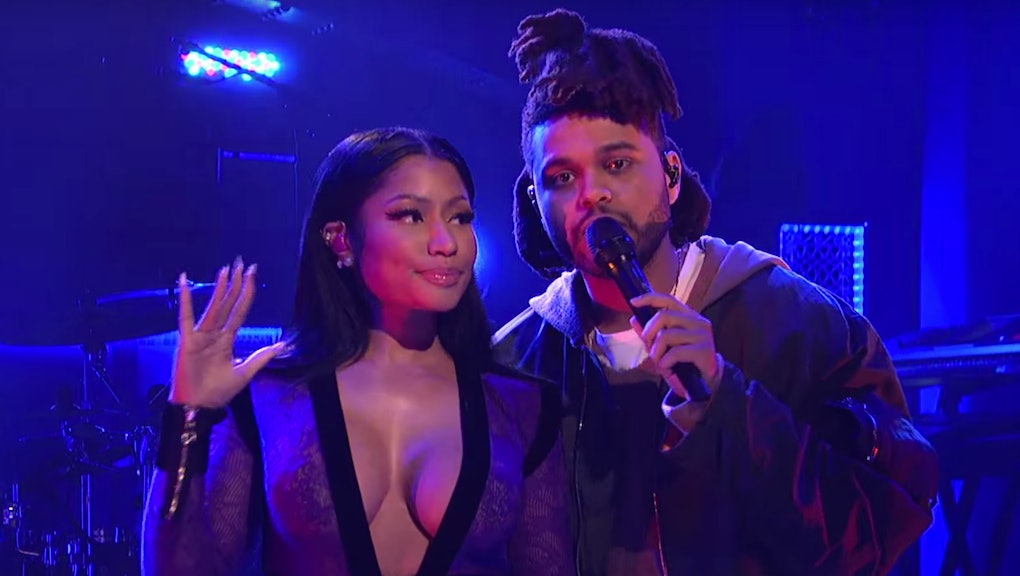 The Weeknd called on some rap royalty to help deliver his first headlining performance on Saturday Night Live last night. The artist, real name Abel Tesfaye, had previously featured with Ariana Grande on her song "Love Me Harder" in an earlier episode.

During the show, hosted by Amy Schumer, the Weeknd brought out Queens, New York, native Nicki Minaj to join him for a remix to his surprise No. 1 song "The Hills." Clad in a purple and orange skin-tight dress, Minaj's presence drew screams from the audience as she began a sexed-up verse to accompany the artist's signature croon.

Social media users were equally vocal in their excitement.

Last night, the Weeknd released two remixes to the track: the one he performed with Minaj as well as a second remix, this time with rapper Eminem.

Minaj shared a picture of her and the Weeknd on Instagram, where she has over 35 million followers, after the performance. The post has already been liked more than 600,000 times.

Watch the performance below: