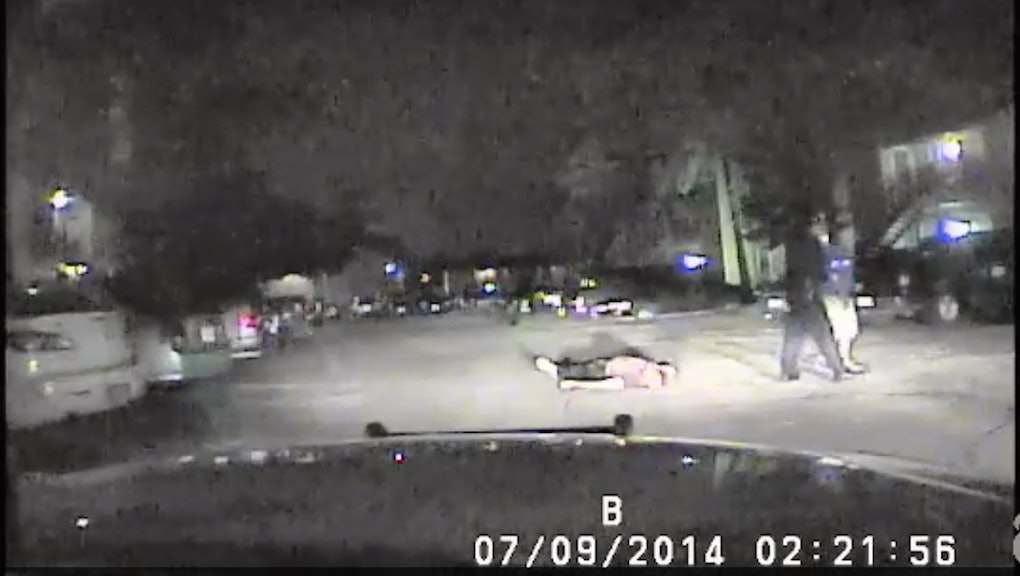 After an off-duty officer shot Charles K. Goodridge, a 53-year-old black man, near Houston, Texas, on July 9, 2014, responding officers stood nearby for 15 minutes without providing aid, as Goodridge lay on the ground bleeding. It was more than an hour before Goodridge arrived at the hospital where he later died.

The events can be seen in dashboard camera footage of the incident, which Goodridge's family released to the New York Times and was published on Sunday. An off-duty Harris County deputy constable shot Goodridge after a confrontation in front of an apartment complex.

Law enforcement's primary interaction with Goodridge after he was shot was to handcuff him; an officer also used his boot to push Goodridge's head into the ground after the injured man attempted to lift it, the New York Times reported.

The incident reignites, yet again, anger surrounding a pattern of racially motivated police brutality, a systemic problem for the United States. In recent years, white members of law enforcement have killed dozens of unarmed black people, which, in some instances, have captured national attention. The high-profile deaths of Tamir Rice and Eric Garner, for example, have contributed momentum for the Black Lives Matter movement. The frequent lack of accountability for officers who use deadly force has further stirred civil rights activists.

While it is yet to be determined if Goodridge's wounds were unavoidably fatal, specialists on police code of conduct who analyzed the footage told the New York Times the responding officers' response — or lack thereof — was unacceptable.

"They didn't care that the suspect needed attention," Timothy T. Williams, Jr., a retired detective based in Los Angeles who specializes in police conduct, told the newspaper. "There was a callousness as it relates to his injuries. It was almost like, 'We'll get to you when we get to you.'"