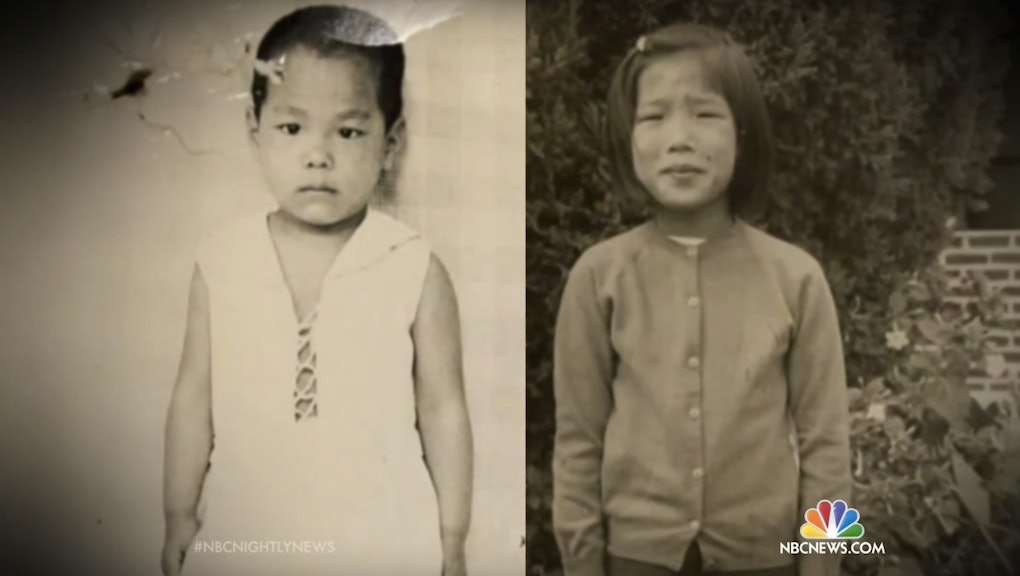 After 40 Years Apart, These Sisters Accidentally Found Each Other Working the Same Job

Two women working as nurses in the same Florida hospital recently learned that they were in fact sisters who had been separated as children.

Pok-nam Shin, now known as Holly Hoyle O'Brien, and Eun-Sook Shin, now known as Meagan Hughes, were both orphaned from a young age in their native South Korea in the 1970s before being adopted by American families. Hughes recalled that she was taken by her mother away from an alcoholic father as a young child, while her half-sister O'Brien remained in his care. O'Brien ended up in an orphanage after her father was struck by a train. Hughes was sent to another orphanage shortly after and said she had little recollection of her biological mother, the Sarasota Herald-Tribune reported.

Hughes was ultimately adopted by a family in Kingston, New York, in 1976. O'Brien was taken in two years later, in Alexandria, Virginia.

"In my heart, I knew," O'Brien told Sarasota Herald-Tribune. "I knew she was out there somewhere."

The "somewhere" turned out to be the fourth floor of Doctors Hospital in Sarasota, Florida.

The two quickly became friends and immediately noticed the striking similarities between their life stories. It was only a matter of time before they decided to check for sure using a DNA kit ordered from Canada.

The results came back positive on Aug 17.

"I'm like, this can't be," O'Brien told the Sarasota Herald-Tribune. "I was trembling, I was so excited, I was ecstatic."

While incredible, news of orphans being reunited years later is not without precedent.

Earlier this year People magazine reported a similar case involving Korean millennials Anais Bordier and Samantha Futerman, who also discovered that they were sisters. There were also these Polish twins, reunited after a 70-year separation caused by World War II.

And then of course, there was The Parent Trap, which predicted it all back in 1998.