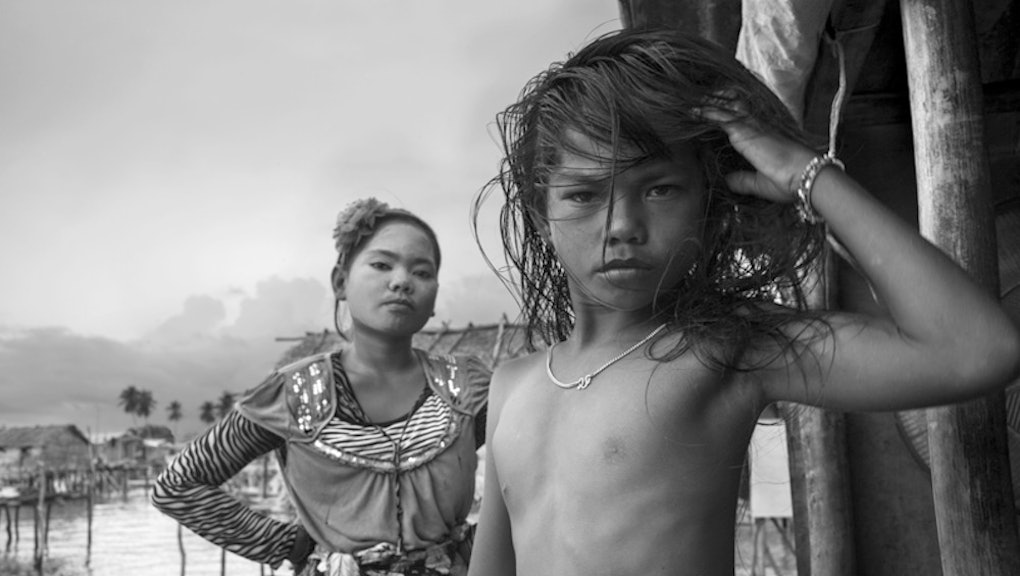 The United States lags egregiously behind many other nations when it comes to gender equality. Yet, the nation — as well as plenty of other Western countries — still cling to their reputations as the most progressive societies in the world. Photographer Pierre de Vallombreuse is trying to shake up everyone's perceptions of gender with "Souveraines," a photo series featuring indigenous, South East Asian societies where gender equality is the norm.

De Vallombreuse, who served as the general secretary of the Association of Anthropology and Photography at Paris Diderot University, photographed the Khasi society in India, Palawan society in the Philippines, Mosuo society in China and groups in Badjao, Malaysia. And each of these societies have incorporated matrilineal, non-hierarchical and/or egalitarian principles into their cultures.

These depictions will hopefully show viewers that "the relationship between men and women can be more or less based on equality or power sharing, and not on domination," de Vallombreuse told Mic.

The photos illustrate a "total mutual respect" that exists between men and women in these societies, he said in a press release, the Huffington Post reports. Rather than feeling subject to or controlled by the male gaze, the release adds, "the position of women is not a battle."

De Vallombreuse's previous work experience also presumably influenced his approach to capturing his observations of these societies, with whom he has been working for around 30 years.

"I wanted not to go into the clichés that are so often used, [like] 'the good savage'," he said. "I just documented daily life as it is without the need of any exoticism."

Working on this series — which opens Tuesday at the French Galerie Argentic through Nov. 21 and will be featured in an upcoming book — ultimately taught de Vallombreuse that even though these societies are considered "remote" or "exotic," there's plenty to learn each other. "We are more close than different," he said.