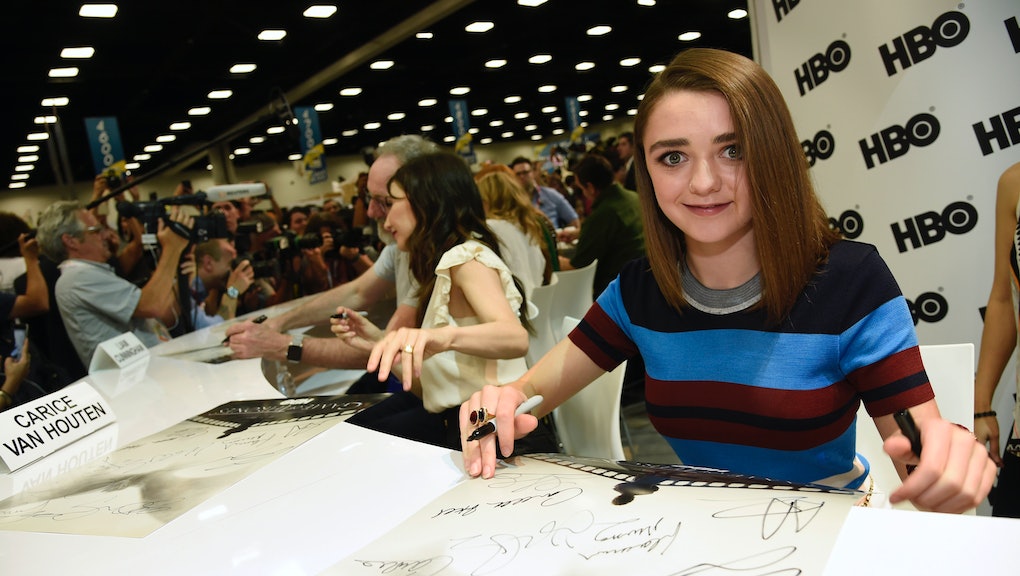 In an interview with Radio Times, the Game of Thrones star discussed how widespread sexism is in Hollywood and how it chokes out opportunities for female actresses to play interesting characters.

"They're real women, and not just an idea of how a woman is or an accessory," Williams told Radio Times, according to Mashable.  "I didn't realize when I was younger that women were written so badly, but going further into this career, I realized there are a lot of really bad characters, that it's not common to come across females who aren't just 'the girlfriend.'"

"When you get a script, they always include a sentence or two about the character, something like 'Jason: 36, strong, built, quick, witty' and a description of his personality," she said in the interview. "Then there's a description of the girlfriend — 'Sarah: hot, blonde.' And that's it! Hot-looking but in a cute way. That's your character!"

"I hope to never have to play a character that is only there to benefit a male lead," she told Radio Times.

Williams has previously spoken out about sexism in the production industry, telling Time earlier this year, "When you find something that actually goes in depth about who the female character is, what drives her, not just her hair color, that's better."

Her critique of Hollywood casting comes amid criticism of her own show for its consistent depiction of violence against women. Feminist fan blog the Mary Sue announced it would no longer be covering Game of Thrones in May after villain Ramsay Bolton subjected Arya's fictional sister, Sansa Stark (Sophie Turner), to a brutal sexual assault in the fifth season.

"There's only so many times you can be disgusted with something you love before you literally can't bring yourself to look at it anymore," writes the site's Jill Pantozzi. Williams responded to the criticism, telling Time the show is "set in a time where women didn't have it easy. Women haven't had it good over history, like it's been a pretty shit time for us. And like a lot of other fantasy, the show takes on controversial topics."

Williams will appear in Saturday's episode of Doctor Who, "The Girl Who Died," as a young Viking woman.