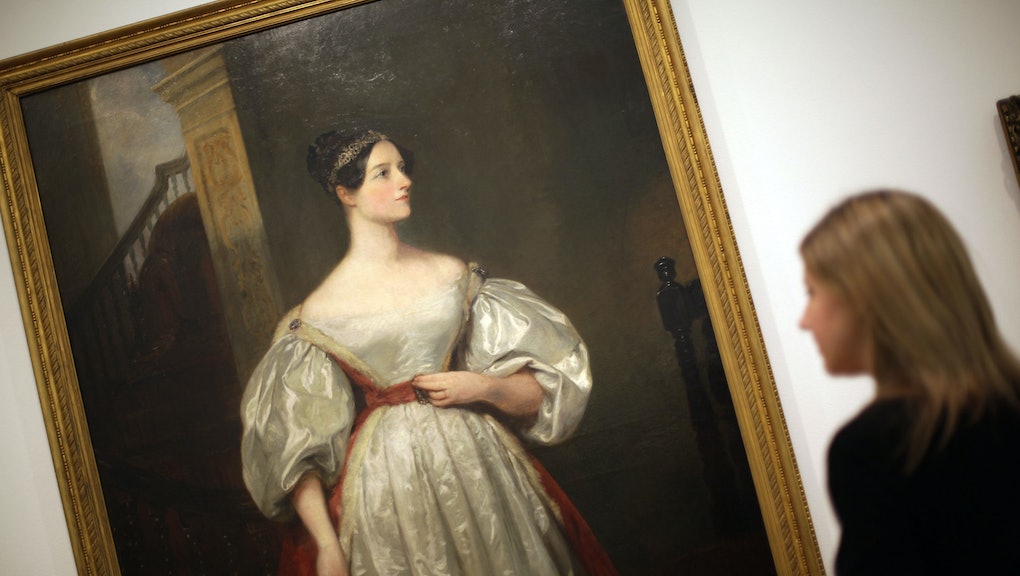 Tuesday marks Ada Lovelace Day, designated to celebrate the woman who is widely regarded as the world's first computer programmer and original BAMF for her work in the early 1800s.

The day honors the 24% of women working in science, technology, engineering and math in the United States, along with their professional and intellectual compatriots worldwide. Comparable efforts, such as the #iLookLikeAnEngineer social media campaign, endeavor to recognize and encourage female participation in the realm of science and related subjects.

Born in 1815, Lovelace pioneered the 19th-century equivalent of STEM in her short 27 years. Ironically, the mathematical genius was the daughter of Romantic poet Lord Byron, his only legitimate child and the product of his brief and turbulent marriage with mathematician Anne Isabella Milbanke.

In an attempt to counter the possibility of Lovelace inheriting Byron's wild traits, Milbanke ensured her daughter was grounded in scientific, rather than creative, pursuits, enrolling the child in a math-heavy curriculum, Mashable reports.

At the age of 17, Lovelace met mathematician and engineer Charles Babbage, whereupon the two embarked on a famous professional collaboration. Babbage was developing the difference engine, a machine comparable to a primitive calculator. His invention gave way to the more sophisticated analytical engine, and it was around this time Babbage had Lovelace translate a short Italian paper on the machine, written by scientist Luigi Menabrea.

Lovelace converted the project into a 20,000-word opus, in which she created an algorithm tantamount to the world's first computer program. The algorithm enabled a machine to calculate Bernoulli numbers.

On Tuesday, #AdaLovelaceDay began trending on Twitter as people took to social media to hail the trailblazer.

"Intelligent she might have been, but she was also manipulative and aggressive, a drug addict, a gambler and an adulteress," Hannah Fry, BBC presenter and mathematician, wrote of Lovelace after creating a documentary on her.

The controversial and unusual figure nonetheless is hailed as the mother of computer programming and an icon for women around the world working in STEM. "[Lovelace] really embodies the struggles that women still go through," Suw Charman-Anderson, social software consultant, writer and founder of Ada Lovelace Day, told Mashable.