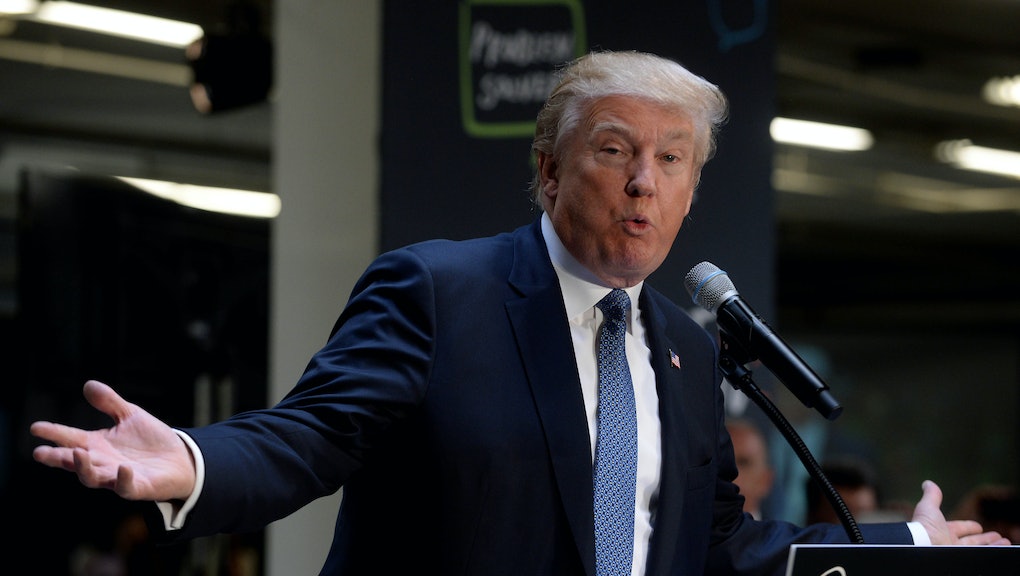 The GOP presidential candidate and business tycoon Donald Trump, who's said he's against political correctness, is slated to host Saturday Night Live on Nov. 7, the show announced Tuesday — just in time for Election Day on Nov. 8. Trump's musical guest will be Sia.

This should be fun.

Trump last hosted the show in April 2004, when he promoted his then-new show The Apprentice, and bragged about his television ratings, NBC reports.

"After just one season, I am about to become the highest-paid television personality in America," he said during his opening monologue. "And as everyone in this room knows, 'highest-paid' means 'best.'"