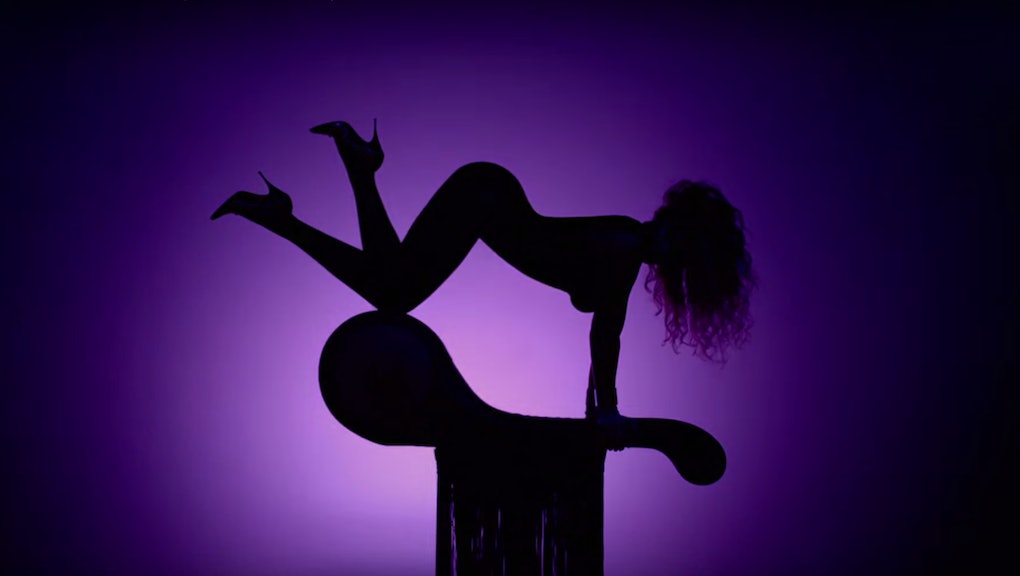 Sex used to be something popular music deigned to speak of in innuendo. Everyone knew what the Starland Vocal Band was singing about on "Afternoon Delight," and what kind of engine Prince was trying to rev on "Little Red Corvette."

There's still some nuance today. Drake never explicitly says what she "used to call [him] on [his] cellphone" for, yet "Hotline Bling" can only mean one thing. On the whole though, today's popular music seems to be getting a lot more blunt.

According to a study by Fractl in partnership with Superdrug Online Doctor, popular music is making increasingly more explicit references to not just the idea, but the word "sex." Since 1960, the mentions of the word "sex" in top-charting songs has skyrocketed from near zero to a little over 1,500 in 2009; on the other hand explicit mentions of "love" have been on the decline.

Our interest in music about love, it seems, peaked long ago, but our thirst for sex in music is only growing.

The methodology: Fractl tabulated their results by analyzing the lyrics of every song that charted on the Billboard Hot 100 from 1960 to 2014, counting the mentions of the words "love" and "sex." They then multiplied that number by the number of weeks the song spent on the charts. So a song like "Love Sex Magic" by Ciara, which mentions "sex" 13 times and spent 12 weeks on the chart, would contribute 273 hits for sex.

A look at the scale for both graphs shows there's still a lot more songs explicitly about "love" than "sex." Yet the trends are clear: Sex sells, and it's selling more than ever.

The results: The research doesn't make claims about the total content of romantic versus sexual love in popular music. They searched for only the most basic words "sex" and "love" and words that contain them, like "sexy" and "beloved" — words whose meanings are hardest to misconstrue.

"It's hard to find a sole definition for 'sex' or even 'love,'" Fractl's Meg Piedmont told Mic. "It could mean one thing to someone and mean something else to another person. Considering this, we thought the only way to get solid data applicable to everyone would be to track the actual mentions of these words rather than the suggestions or ideas of it."

Their methodology leaves some gray areas. A term like "making love" is about as transparent as sexual innuendos come, though for this study, it would technically count under the "love" category. So in reality, there's a lot more sex in our pop than the data confirms.

The context: Researchers dove even deeper into their lyrical data to find out which artists were leading the sexual revolution in their times. James Brown, the "Godfather of Soul," placed second for most sexual mentions in the '60s before taking the top spot in the '70s with hits like "Sex Machine" and "Sexy, Sexy, Sex."

Brown and other forefathers as Marvin Gaye, the Commodores and Isaac Hayes helped bring R&B's soulful, sensual aspects to the forefront of the genre. Today's artists have continued that legacy. Most of the artists making the most sexually explicit music today are largely operating in R&B and are some of the biggest hit-makers in the business: Bruno Mars, Nicki Minaj and the Black Eyed Peas.

Surprisingly, Madonna, one of the key artists frequently celebrated for ushering in a more explicitly sexual pop culture, doesn't appear anywhere near the top of the "sex" songs list. She actually tops the other list of artists with the most "love" mentions. Music from the '80s is generally markedly low in explicit mentions of "sex," according to the study. There were more songs explicitly referencing sex in the '60s, when artists were facing far more rigid taboos.

The authors explain this by citing the fact that the "1980s were a time of a conservative revival in the U.S. as well as in the U.K."

"This decade was one of Reagan, Thatcher, the War on Drugs and the Moral Majority," the study continues. "All of these social factors may have formed a perfect storm to remove 'sex' from the charts."

The '90s saw artists rip past any such censors, with R. Kelly making some of the most raunchiest R&B the world had ever heard, and gangsta rap shining a light on the most uncomfortable truths buried in the American cultural consciousness — sexual or otherwise.

To explain the increase we're seeing in "sex" music today, the researchers point to the increased consumption of "media via smartphones and MP3 players, and increasing depictions of overt sexuality," but they don't labor to describe much beyond that.

"It's hard to predict what cultural events will end up being significant down the line," Piedmont said. "But moving forward in the future, looking at that first chart of sex and love, love is a constant, though sex has been slowly on the rise. Looking at that chart gives a very good idea of what we'll hear in the future, I believe."

In short: Music is still made with plenty of "love," but also with a lot more "sex."