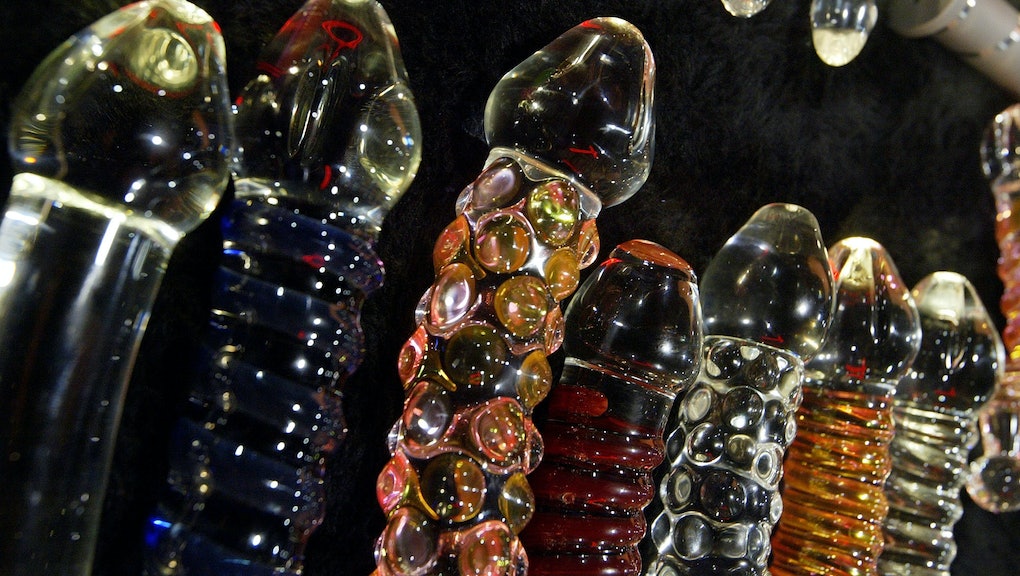 Come August 2016, the University of Texas at Austin will be full of dicks.

Jin's call for students to brandish fake dongs on campus has already received widespread attention. Many have lauded her colorful campaign while others have sent her death threats. She told Mic the idea for the protest came to her organically in the wake of campus shootings in Houston and in Oregon earlier this month.

Jin said she was unaware of the larger history of using sex toys in protest, but wasn't surprised. While people are often able to ignore pressing social issues such as widespread access to lethal weapons or racialized police violence, it's more difficult to stay ignorant when someone's waving a big fake dick in your face. More to the point, the use of phallic objects in protest highlights the irony of how we, as a culture, readily embrace death and destruction, yet stigmatize sex — even though it's something almost all humans engage in, not to mention crucial to our survival as a species.

"I think incorporating sex makes it personal," Jin told Mic. "Sex is a thing that so many people can identify with. Real, true gun violence is something distant that people can block out if they want to."

Jin's protest will no doubt make for a startling display of non-force come next fall, when thousands of students are expected to gather in front of UT's iconic clocktower, the site of one of the first mass shootings on a college campus, carrying rubber phalluses. And while those who participate in the so-called "strap-in" by proudly brandishing their fake members will be taking a stand against campus carry laws, they'll also taking a stand for sex positivity.