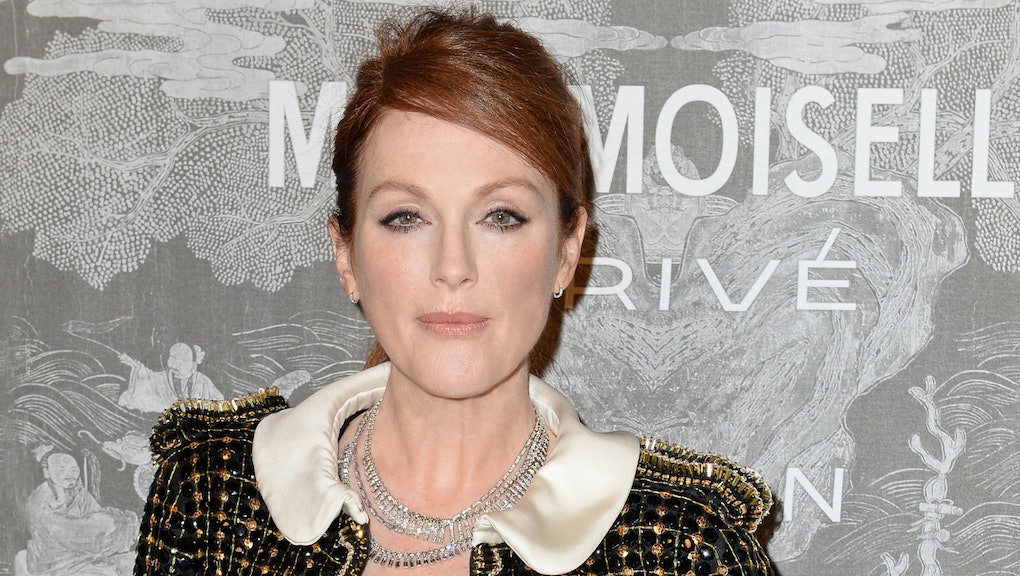 "As actors, we are citizens first, so we believe in the Constitution and the Second Amendment," actress Julianne Moore told People magazine on Tuesday of her decision to launch a star-studded gun control campaign.

In collaboration with Everytown for Gun Safety, the largest gun violence prevention organization in the United States, Moore has launched the Everytown Creative Council in an initiative to end gun violence in the U.S. By joining the council, members like Ellen DeGeneres, Michael J. Fox, Judd Apatow and Mindy Khaling pledge to "use our creativity and visibility in the months ahead to help drive real change," according to the website. So far, 80 other celebrities have joined Moore on the council.

"I was going through my address book alphabetically. That's all I did," Moore told People of her recruiting process. "The response has been overwhelming. I'm so, so thrilled." What a stacked address book that must be.

The website lists the council's core values and principles, which focus on keeping guns out of the hands of "dangerous" people and children and using their celebrity influence and creative minds to do so.

Moore told People that she was inspired to take action after Sandy Hook, when she had to shield her daughter from the media to protect her from learning about the violence. "I was like, 'I've had it,'" she recalled to People. "I said to my husband, 'I've got to do something. This is the one thing that I need to say something about. This is my responsibility as a parent."

This isn't the first time Moore has stood up against gun violence. The actress rocked an orange T-shirt on #WearOrange day in June as part of a campaign against gun violence launched by Project Orange Tree, an organization started by friends of a 15-year-old who was fatally shot by gang members in 2013.

This initiative comes after Everytown for Gun Violence responded to the fatal mass shooting at a community college in Oregon on Oct. 1. A powerful ad the group made in December 2012, after the Newtown massacre, speaks to its mission. A number of stars rattle off several of the thousands of fatal mass shootings since 1999's Columbine High School massacre before demanding an end to gun violence. "Before we all know someone who loved someone on that list [of victims]," Steve Carrell says in the video.

Watch the full ad below: