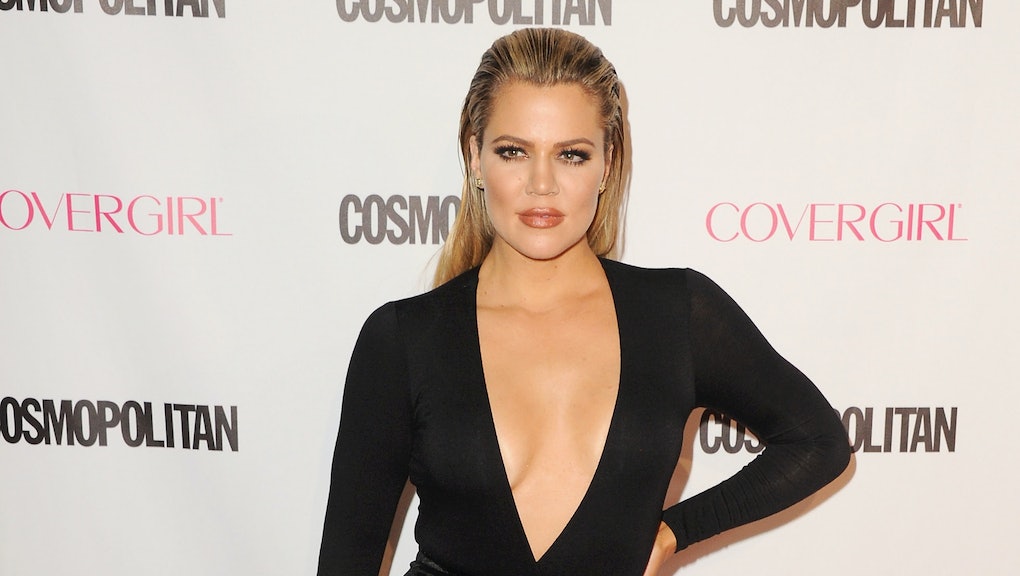 Khloe Kardashian Responded to Amy Schumer's SNL Joke About Her Weight, and She Has a Point

While comedian extraordinaire Amy Schumer was hosting the most recent episode of Saturday Night Live, she made a joke at Khloe Kardashian's expense: "And, like, we used to have Khloe, you know? Khloe was ours, right? But then Khloe, she lost half her body weight. Like, Khloe just... She lost a Kendall."

Schumer was referring to the reality star's recent weight loss, arguing that Kardashian's ability to be a positive role model for young girls waned as she thinned down.

It didn't take long for Kardashian to react:

Schumer introduced her musings on the superstar in the context of a broader rant about the dearth of strong, female role models. She recounted an anecdote in which Devin Fabry, the girl who plays the 9-year-old version of Schumer in her film Trainwreck, expressed concerns that her cheeks were too big after overhearing her agent complain about them.

"We have to be a role model for these little girls, 'cause who do they have?" Schemer said on stage. "All they have, literally, is the Kardashians. And she [Fabry] doesn't have a Malala poster in her room, trust me. Is that a great message for little girls? A whole family of women who take the faces they were born with as, like, a light suggestion? Is that great? No!"

"And, like, we used to have Khloe, you know?" the comedian said. "Khloe was ours, right?

Schumer then got to the meat of her joke: "But then Khloe, she lost half her body weight. Like, Khloe just ... She lost a Kendall. And we have nothing. I want a good role models. I have an 18-month-old niece."

The two women both have valid points regarding female empowerment. Schumer legitimately makes the case for celebrating normal and healthy female beauty standards, while Kardashian argues she should not be lampooned by another woman for trying to be healthy.

It's quite the feminist's quandary.