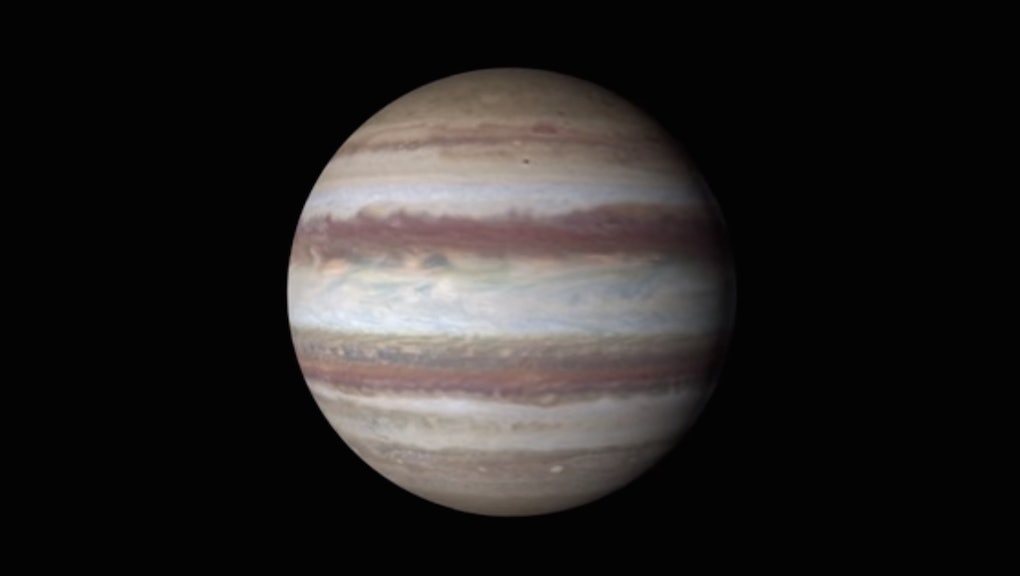 Although the Hubble Space Telescope launched more than 15 years ago, new advancements in technology and photo imaging has allowed researchers to learn more about the planets in our solar system than ever before. Footage from the telescope released Tuesday reveal new findings regarding Jupiter, including a 300-year-old storm called the "Great Red Spot," according to NASA and the European Space Agency.

The latest photos show the Great Red Spot may be getting weaker as time goes on, but it still remains three times larger than the size of Earth, according to the space agencies. Researchers also found a wave on the planet that is similar to Earth's baroclinic waves, formations that typically arise when cyclones are forming. The observed wave has only been seen once before on Jupiter.

The images released on Tuesday are the first of their kind to show Jupiter in its full orbit, rendered in 4K high-resolution video. They're the latest in a series of ultra HD images documented from the Hubble Space Telescope's Outer Planet Atmospheres Legacy program, which the space agencies say will allow the telescope and its researchers to gather scientific data regarding outer planets and their terrain and orbits, including Jupiter, Neptune, Uranus and Saturn, according to the release.