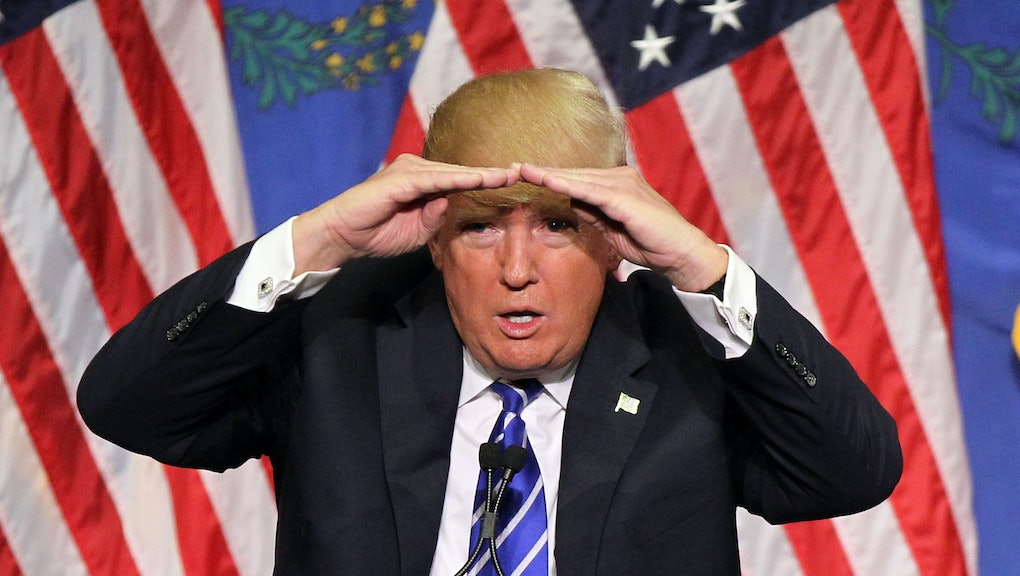 Donald Trump apparently takes issue with being excluded from presidential debates, even when they're for a party with which he has no affiliation.

The Republican presidential hopeful announced Tuesday morning he would make sure the world knows his every thought regarding the first Democratic presidential debate of the election season:

"At the request of many, and even though I expect it to be a very boring two hours, I will be covering the Democratic Debate live on twitter!" Trump tweeted, followed by a series of retweets supporting the business magnate's decision to report on the debate.

If audiences found Tuesday night's debates as boring as Trump originally expected, the highest-polling Republican candidate certainly made up for it with entertaining and unpredictable tweets.

Below are Donald Trump's best tweets from the night: