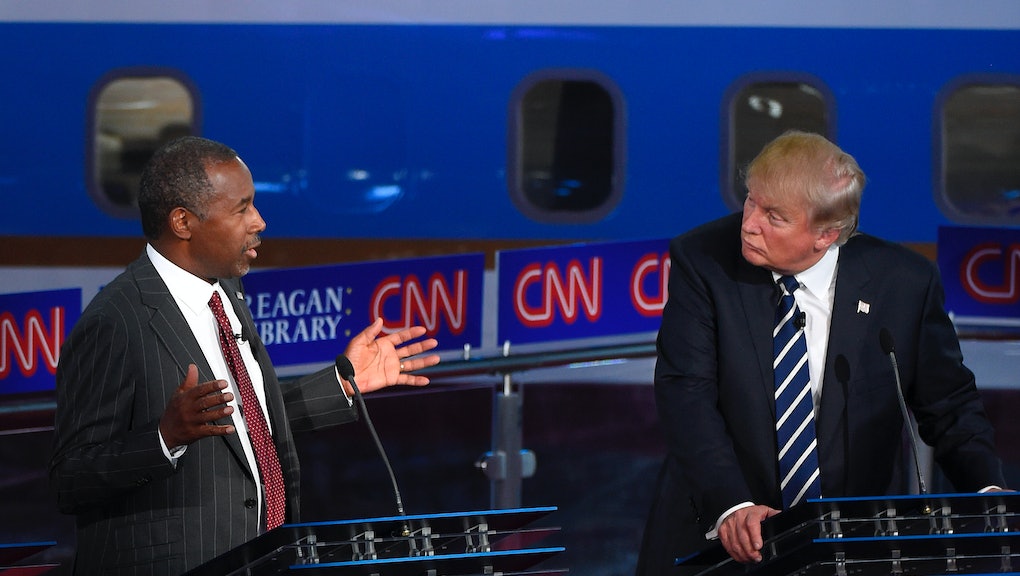 Former Hewlett-Packard CEO Carly Fiorina is next in line in Nevada, and Florida Sen. Marco Rubio takes third in South Carolina, but both poll under 10%.

Trump has remained the front-runner for months, but polls show Carson's support has increased significantly since early September. The most recent Fox News nationwide survey of voters from all parties, published Tuesday, suggests that Carson is catching up to Trump, who returned 24% of support nationwide in that poll, compared to Carson's 23%.