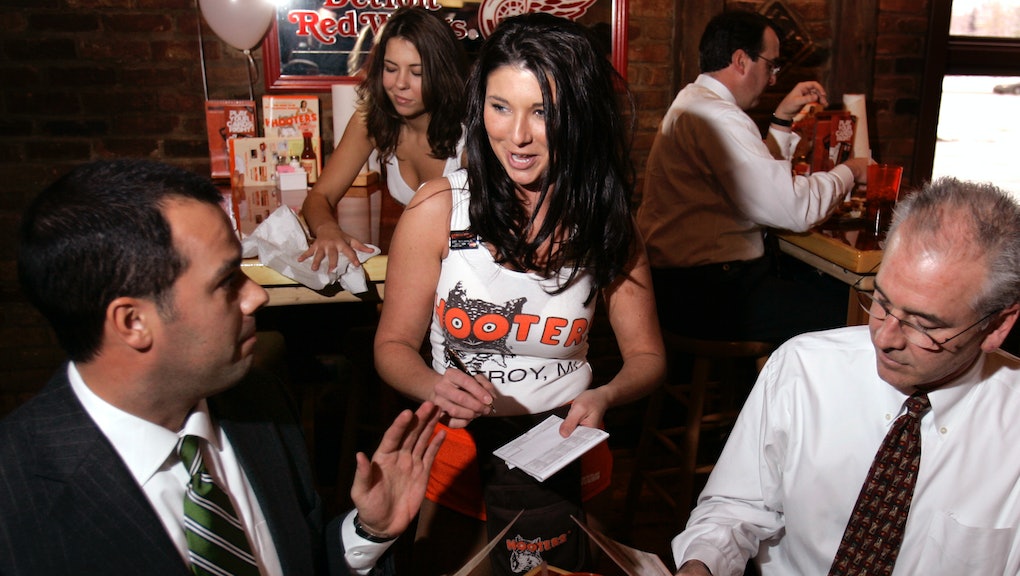 Restaurateur Danny Meyers shook the service industry Wednesday with an open letter declaring the abolition of tipping at his numerous restaurant chains and ushering in an era of "equitable" and "competitive" compensation for his employees.

The arguments for maintaining a tipping culture are all over the map. Fast-food lobbyists argue raising the minimum wage to $15 (which many say would reduce the need for tips) would create financial doomsday for employers. Supporters on the other side argue it incentivizes good service. But in reality, does tipping even matter?

Research on tipping psychology and practices reveals waiters' race and physical attraction most often determine how much customers tip, not the quality of service they receive.

In a study published July 2014 in Sociological Inquiry, professors Zachary W. Brewster and Michael Lynn issued an exit survey to around 400 diners in the United States on their "tipping decisions."

"Our results indicate that both white and black restaurant customers discriminate against black servers by tipping them less than their white co-workers," the study says. "Importantly, we find no evidence that this black tip penalty is the result of inter-racial differences in service skills possessed by black and white servers."

That's the tip of the iceberg: As far as waitresses are concerned, one doesn't simply need to be white to garner more tips: Being hot helps too. American customers have a tendency to favor blondes with big boobs (you can apply to Hooters here).

A study published by Cornell University, also authored by Lynn, who teaches at the institution, had waitresses self-report levels of attractiveness, including "breast sizes ... ages, waist-to-hip ratios and body sizes."

"The waitresses' tips varied with age in a negative, quadratic relationship, increased with breast size, increased with having blond hair and decreased with body size," Lynn writes. "They provide needed evidence that some of those determinants of female beauty affect interpersonal behaviors."

Equal pay for equal work: Tipping also excludes the hard work of the numerous employees who are out of sight, like kitchen workers. Even the sexiest busboy is denied the opportunity for biased tips in the absence of direct customer interaction.

"We believe hospitality is a team sport, and that it takes an entire team to provide you with the experiences you have come to expect from us," Meyers writes in his letter. "Unfortunately, many of our colleagues — our cooks, reservationists and dishwashers to name a few — aren't able to share in our guests' generosity, even though their contributions are just as vital to the outcome of your experience at one of our restaurants."

As for the argument that equitable compensation inevitably leads to financial ruination, that one isn't so watertight either. Moo Cluck Moo, a fast-food restaurant in the Detroit suburbs, pays its employees $15 per hour and business has been thriving, along with a low turnover rate.

This, in conjunction with the existing research on tipping psychology, which reveals people are more likely to reward servers based on bra size rather than service, somewhat deflates the case for keeping the status quo. In fact, it suggests the prevailing system is even more inequitable than many believe it to be.