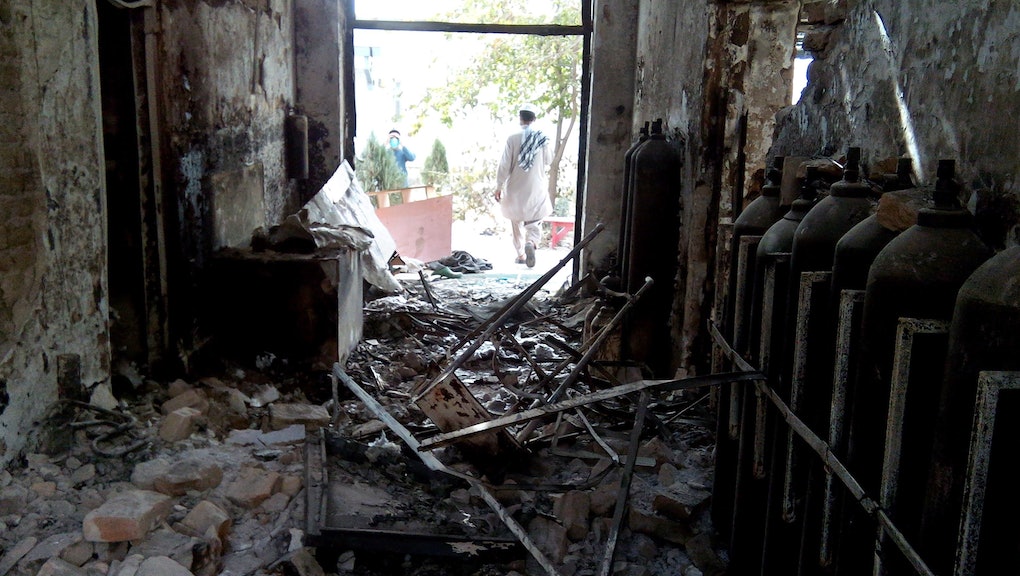 The world is calling into question the legality of an Oct. 3 United States airstrike against a Doctors Without Borders hospital in Kunduz, northern Afghanistan, which killed at least 22 staff and patients.

To make matters worse for the U.S., the cockpit crew tasked with carrying out the airstrike actually questioned the legality of the order, according to NBC Nightly News on Thursday.

"A defense official said today, it may in fact amount to a war crime," the NBC Nightly News report said.

Médecins Sans Frontières (the French name for the medical organization) called for an independent investigation by the International Humanitarian Fact-Finding Commission, a product of the Geneva Conventions, tasked with investigating war criminals. A number of major aid agencies have supported MSF's request.

Accusations the U.S. "destroyed potential evidence" before an IHFFC investigation could commence came the same day as NBC's report on the cockpit recordings.

The story had yet another development on Thursday: Some U.S. intelligence analysts knew the site was a hospital before it was bombed, as a Pakistani intelligence agent was suspected of organizing Taliban activity from the site, the Associated Press reported.

It is yet to be confirmed if those ordering and executing the attack had the same information and were cognizant it was hospital at the time of the airstrike. Furthermore, no Pakistani deaths as a consequence of the attack have been publicly confirmed.

There has been inconsistency from within the U.S. intelligence community as to the legitimacy of the attack. Gen. John Campbell, the U.S. commander for Afghanistan, said it was a mistake, while other analysts have said said it was justified.

"There's somebody in some part of the force that knows that's a prohibited target," Michael Newton, an international justice, accountability and hostilities conduct expert at Vanderbilt Law School, told the Guardian.