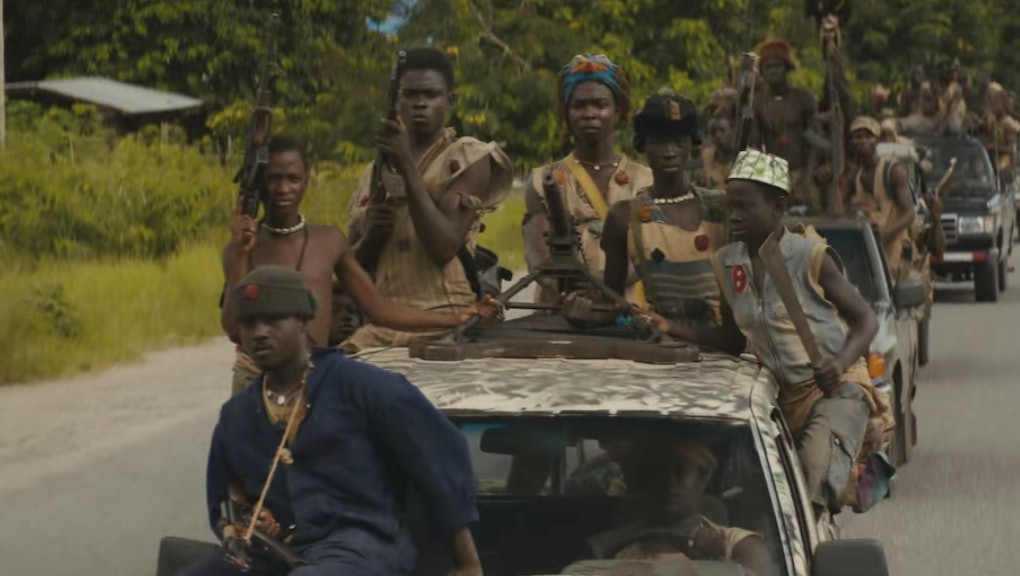 Beasts of No Nation, Netflix's first feature film centering on the brutal tale of civil war in Africa and narrated by a child-soldier, was released on Netflix and in theaters Friday — and Twitter is going mad about it.

Through its brutal, uncut violence and first-person narration, the film underscores the real-world brutality facing many African children caught in the middle of war and is attracting attention from critics and on social media for its blatant, up-close depiction of an African child-soldier's dark, harrowing world.

"It will leave you appalled, restless, upset, and emotionally disheveled," film critic Collin Brennan wrote in his review for Consequence of Sound. "But it will also leave you grateful that you do not live inside a topsy-turvy reality in which children grow up to be cold-blooded killing machines, if they are lucky enough to grow up at all."

Whether or not the film will earn Oscars buzz, it sure has Twitter talking:

The drama is based on the 2005 novel by Uzodinma Iweala and tells the story of an innocent child turned guerrilla, man-slaughtering soldier during the precipice of a civil war in Africa. The child, played by novice actor Abraham Attah, is a soldier of a guerrilla army led by The Wire actor Idris Elba.

Netflix bought the indie film for a whopping $12 million from director Cary Fukunaga, Fast Company reports, in what could be a bid to compete in the Oscars and change the landscape of cinema.