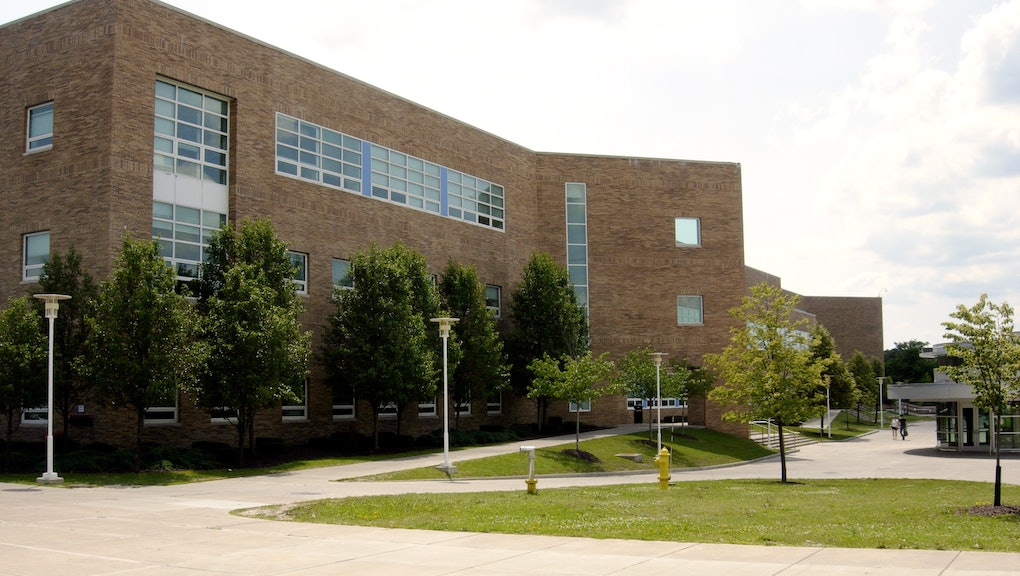 Why The Stigma Against America's Community Colleges Has to Stop

"I believe we have to level the playing field for the American people," Vice President Joe Biden said Wednesday during his announcement that he would not be running for president. The key to doing so? Extending access to public education.

While politicians like Biden, President Barack Obama, Sen. Bernie Sanders (I-Vt.) and Sen. Elizabeth Warren (D-Mass.) have all made the case for free college tuition, a handful are making this concept a reality on the community college level. Oregon made community college free after high school for all residents in July, and Tennessee initiated free community college for state residents a year ago. The Community College of Philadelphia also eliminated all tuition and fees for low-income students in April.

While this move will help many people access a previously unobtainable level of education, there's still a stigma that exists surrounding these institutions. Perhaps that's because they don't meet the stereotypical understanding of college as a traditional four-year experience directly following high school, but the truth is that community colleges are leading the way when it comes to financial innovation. In addition to that, despite the persistent stigma that still surrounds the choice to attend them, community colleges are frequently the best choice for many students for a variety of reasons.

It's a "real" college. While a myth persists that community colleges are academically easier than their private counterparts, insiders argue that this is simply not the case.

"Many think that community college is not 'real' college, that for many of our students it's simply a continuation of the high school experience," Marc Fellenz, a professor at Suffolk County Community College on Long Island, New York, told Mic. "The fact is, most community college classes are as rigorous as comparable courses at four-year colleges."

In fact, about 40% of all American undergraduates are enrolled in community colleges, and 81% enrolled intend to earn at least a bachelor's degree, according to U.S. News & World Report.

"We're teaching institutions, not research institutions, and so our faculty are very engaged with students," suburban New York's Westchester Community College President Belinda Miles told Mic. "We have so many faculty with Ph.D.s, our faculty are hired because they have masters in their field and many of them do conduct research and are really highly recognized in their field."

And the professors at Westchester Community College aren't the only ones eminently qualified: More than 85% of full-time community college faculty have a master's, doctorate or professional degree, according to the American Association of Community Colleges.

Before she enrolled, Assenza thought she "didn't want to go to community college because that's where all of the 'bad students' go," she told Mic. But she soon found "that was not the case whatsoever," and that professors "really cared about the students, they care about their classes, they care about teaching ... it is their priority." "They're there for their students even after graduating," she said.

And, yes, it makes financial sense to attend: According to one study by the Center for College Affordability & Productivity, tuition at community colleges are "seldom more than one-half" of the amount four-year schools cost. The City University of New York found last year that tuition and fees at community colleges cost about $2,963 per year on average, whereas public four-year colleges cost about $8,549, according to U.S. News & World Report.

In addition to avoiding hefty costs during their college experience, community college students frequently avoid the monstrous student debt their counterparts at four-year schools are saddled with later in life. The class of 2015, for example, was the most indebted ever, with an average of more than $35,000 of debt, Mic reported in May.

The low price of community college empowers students to "build their foundation" for future financial well-being, Assenza told Mic. "Why would you spend up to $50,000 a year on these schools when you can take these core classes at a lower cost and even get a better education at some community colleges than bigger schools?" she said.

While some might argue that the prestige of certain universities' names or the networks to which attending enables access are unprecedented, studies show that these may not significantly impact students' later success. A 2000 study, for example, found that, "earnings were unrelated to the selectivity of the college that students had attended among those who had comparable options," the study's co-author wrote in the New York Times. If students were admitted to elite colleges, therefore, they were likely to earn more in the long run no matter what school they attended — and would do well to save money on tuition however possible.

It truly is a community. Community college class sizes tend to be small: between 25 and 35 students per class on average, USA Today reported, based on information from the American Association of Community Colleges. In the classroom, this facilitates peer interaction. Outside of class, community colleges often offer plenty of extracurricular activities and co-curricular programs that encourage community engagement.

While some claim the fact that many students commute to these schools makes community-forming challenging, Assenza said that no matter where you go to school, "if you're that type of student that goes to class and goes home and works, you're not going to get that sense of community."

Communities are what you make of them no matter where you are, she told Mic.

"Once you do get involved the community is right there," she said. "You're with people again who care about the school, they care about life. You can't not help but grow from it and learn from it as well."

Additionally, Assenza said she learned how to thrive and lead in her community college environment in a way she could not have elsewhere.

"In high school I always saw myself as a leader," she said. "But in high school I never got the opportunity to [lead], so I never thought I could do it myself."

At her community college, however, Assenza figured out "what I want and what I want to do ... I learned I could lead, and I flew."