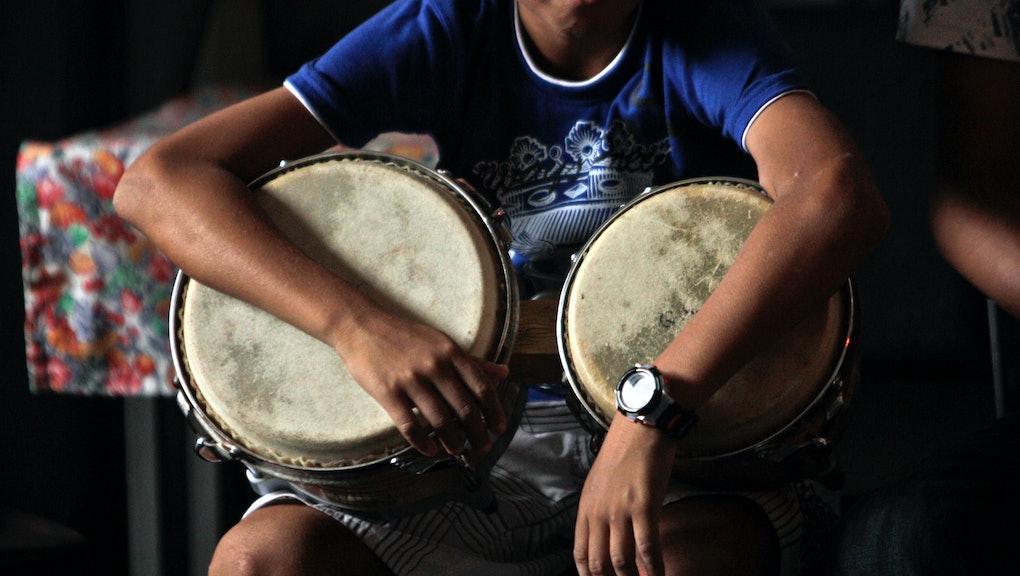 This Personality Trait May Predict Musical Talent, Whether or Not You’ve Ever Played

Ten thousand hours, Malcolm Gladwell once argued, is how much practice it takes for an individual to transcend the norm and become an expert. Concerning musical greatness, he pointed to the Beatles in his book The Outliers, calculating that they played about 1,200 gigs in Germany between 1960 and 1964, meeting that practice threshold and paving their way into legend.

Not every band becomes the Beatles, though. Practice makes perfect but it isn't all that goes into making a musical talent — and science is beginning to understand what those factors are.

According to a new study from the University of Cambridge led by David M. Greenberg, one specific personality factor seems able to predict musical talent across the board. Whether or not a person has ever picked up an instrument, if they score high on personality measures related to openness to experience, they may have untapped musical genius. Personality tests may be the key to identifying who might be best suited to learn music and even what instrument they should chose, before they start sinking hours into practice.

The methodology: Openness to experience is one of the Big Five personality traits used in psychological research to taxonomize personality. It's the personality trait most frequently associated with creativity, and it usually signals a high level of intellectual curiosity, well-developed problem solving ability, imagination and now, perhaps, musical aptitude.

With support from the BBC, Greenberg was able to pull together nearly 8,000 participants to measure their personality traits and their musical aptitude using a series of perceptual tasks that don't require any actual musical knowledge.

"We were able to view the analysis outside of musical experience and pit people were musicians against those who weren't," Greenberg told Mic. "Even those people who didn't play an instrument, their levels of openness were still predicting their performance on the test."

Individuals with high levels of openness were better at memorizing melodies, judging when a rhythm fell on beat and had higher levels of musical sophistication than those whose strengths lay on other personality metrics, such as extraversion or contentiousness. "That for us was really intriguing, because people could be walking around and have potential for musical talent and not even realize it," Greenberg said.

Greenberg's study is far from the first to link musical talent and personality measures. Previous research has suggested personality is an important factor in determining one's musical tastes; several studies have even laid the groundwork linking openness to experience and musical aptitude. However, few studies have compared measures between musicians and non-musicians on the scale Greenberg achieved.

Future studies, Greenberg says, will have to look more closely at the the different factors of openness to pinpoint exactly the personality traits that influence music talent (openness to feelings has some interesting potential). The more precise the measures get, the more effective tests of this nature can be in determining who should consider studying music.

Greenberg sees applications for his research in music education. "If you can map a person's personality at a young age that can allow you to help guide them towards what activities or musical activities they might want to pursue," he said. "If a child is 8 years old with a high level of openness to experience, you can give that special attention."

However, Greenberg feels they're just beginning to see the scope of musicianship personality research could predict. "We're hoping to expand these results to look at the personality types of different musicians," he said. His research already suggests those who self-report strong singing abilities score higher on personality measures related to extraversion.

"If it turns out that singers are a different personality types than pianists, we might be able to predict what instrument they might be most suitable for," Greenberg said. "That's the direction that we're going."

Click here to test your own personality profile and musical aptitude. It may be worthwhile to pick up a musical instrument — after all, it's never too late.