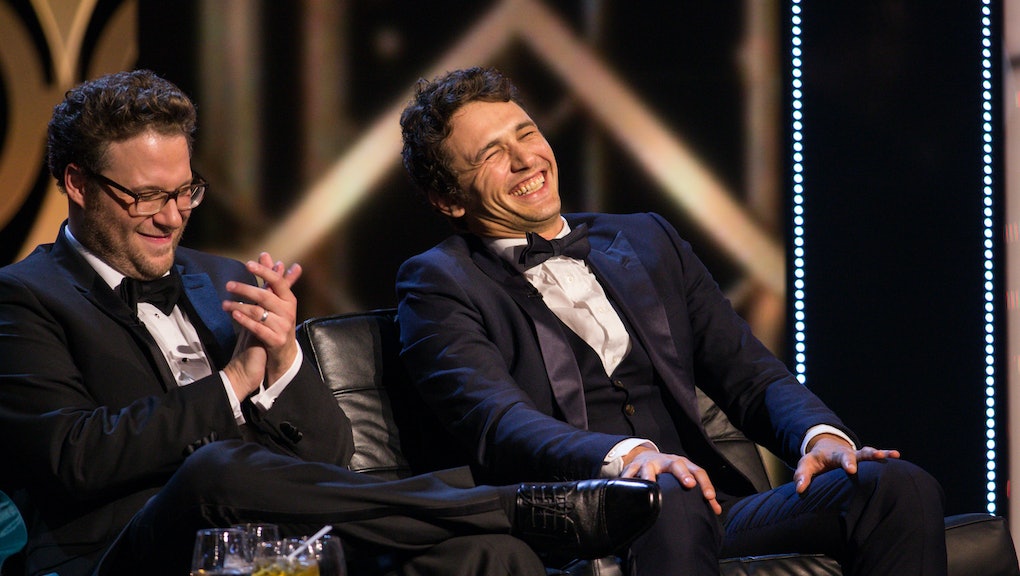 Actors Seth Rogen and James Franco will take their epic bromance, not to mention kids' bar mitzvah party standards, to new heights Saturday when Rogen throws Franco a bar mitzvah for charity. The best part: It will be available online for live-streaming.

The party will be the fourth annual show thrown by Rogen and his wife for the organization Hilarity for Charity, a partnership with the Alzheimer's Association that has raised over $1.7 million with its annual comedy events. The event will be held at the Hollywood Palladium theater and is sold out, according to the site.

Franco's coming-of-age party will be available to live stream at 8 p.m. PST Saturday by downloading the free app go90.

"Ever since I've known James, he's been talking about wanting a bar mitzvah," Rogen said in a statement in July, according to Variety. "We're excited to see him finally become a man while also helping us raise awareness and funds for people living with Alzheimer's and towards research that will lead to a cure. And in celebration we'll also have a mohel [circumciser] and a live bris [Jewish prayer service] for James at the event."