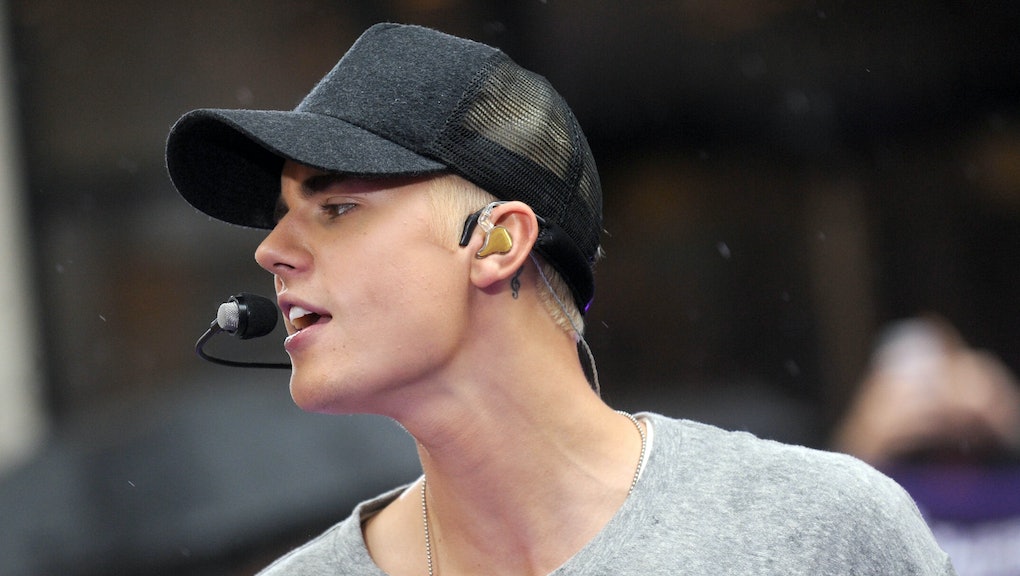 The track list is not yet released, however Bieber has already unveiled a few hit singles featured on the record, including his "Where Are U Now." Biebs teased the album cover via Instagram earlier this month and encouraged fans on Thursday to pre-order the album.

Here's what else we know about the album, including the pending track list, guest artists and where to download the album's dropped singles.

Track list: Only two of the 18 tracks have been officially unveiled, and they're unsurprisingly Bieber's two current radio hits: "Where Are U Now," a collaboration with DJ Skrillex, and his latest single "What Do You Mean?" Bieber released a provocative music video for the latest single Aug. 30.

A third track, only available for pre-order, is a cover of "What Do You Mean?" with singer Ariana Grande.

Genius speculates that a fourth track on the album will be titled "Sorry" and is rumored to feature Drake. Biebs teased what could be a snippet from the song on Instagram this week. Either way, it features Bieber dancing shirtless.

Both "Where Are U Now" and "What Do You Mean?" can be purchased on iTunes or streamed on Spotify.

Guest artists: So far, Drake, Skrillex and Grande have set the foundation for a stacked guest list, and more artists are rumored to contribute to the album as well.

Ed Sheeran may have co-written a track, Fuse reported, as well as rappers Big Sean and Nas.

Prince Jackson, Michael Jackson's 18-year-old son, may also be featured. According to the tabloid Page Six, Bieber and Jackson have spent time together in and out of the studio.