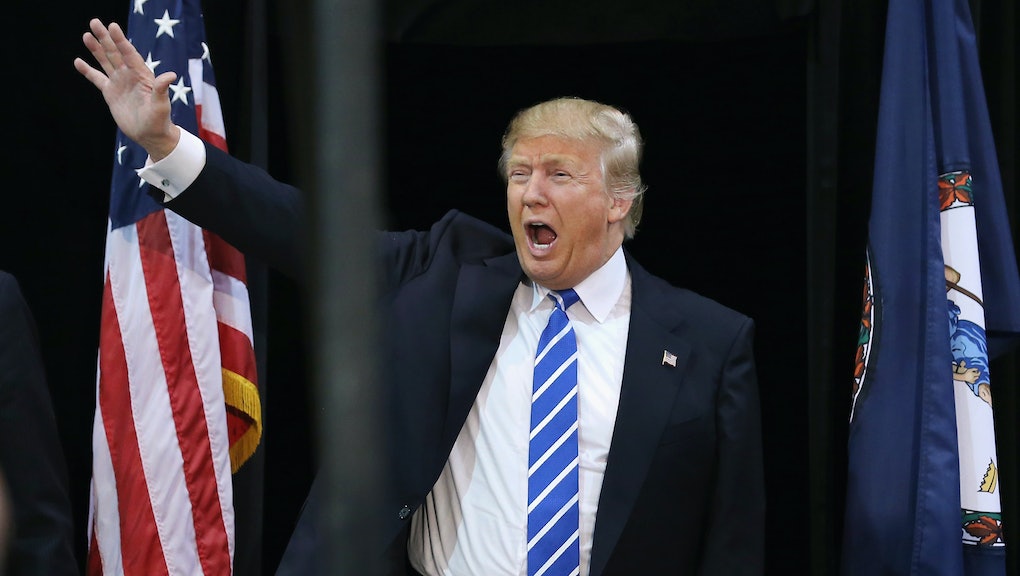 Donald Trump Says He Could Have Prevented Sept. 11 Terrorist Attacks as President

Republican presidential front-runner Donald Trump said on Sunday he could have prevented the Sept. 11, 2001, terrorist attacks, telling Fox News Sunday host Chris Wallace his tougher policies on immigration would have deterred the destruction of the World Trade Center.

According to Trump, the 19 hijackers affiliated with al-Qaeda who killed 2,977 people and themselves in New York City, Pennsylvania and Washington, D.C., would probably never have made it into the country with him as president.

Trump said because he is "extremely, extremely tough on illegal immigration ... there's a good chance that those people would not have been in our country."

He also continued to launch barbs at current presidential candidate and former Florida Gov. Jeb Bush for claiming then-President George W. Bush kept the county "safe," pointing to the destruction of the attacks as evidence that the U.S. was anything but in 2001.

"Look, look, Jeb said we were safe with my brother," Trump said on the program. "Well, the World Trade Center just fell down! Now, am I trying to blame him? I'm not blaming anybody. But the World Trade Center came down. So when he said we were safe, that's not safe. We lost 3,000 people, it was one of the greatest — probably the greatest catastrophe ever in this country if you think about it, right?"

"My brother responded to a crisis, and he did it as you would hope a president would do," Jeb Bush responded on CNN's State of the Union with Jake Tapper. "He united the country, he organized our country and he kept us safe. And there's no denying that. The great majority of Americans believe that ... It doesn't show that he's a serious person as it relates to being commander in chief and being the architect of a foreign policy."

It is unclear which of Trump's policies would have caught the al-Qaeda members involved in the attacks. Progressive site Media Matters noted in 2013 all hijackers entered the country legally (though some overstayed their visas).

But there is some truth to Trump's claim that the attacks might have been avoidable. In 2012, the New York Times reported the Bush administration had ignored warnings of an imminent terrorist attack, something that led the paper's Kurt Eichenwald to conclude the White House demonstrated "significantly more negligence than has been disclosed."