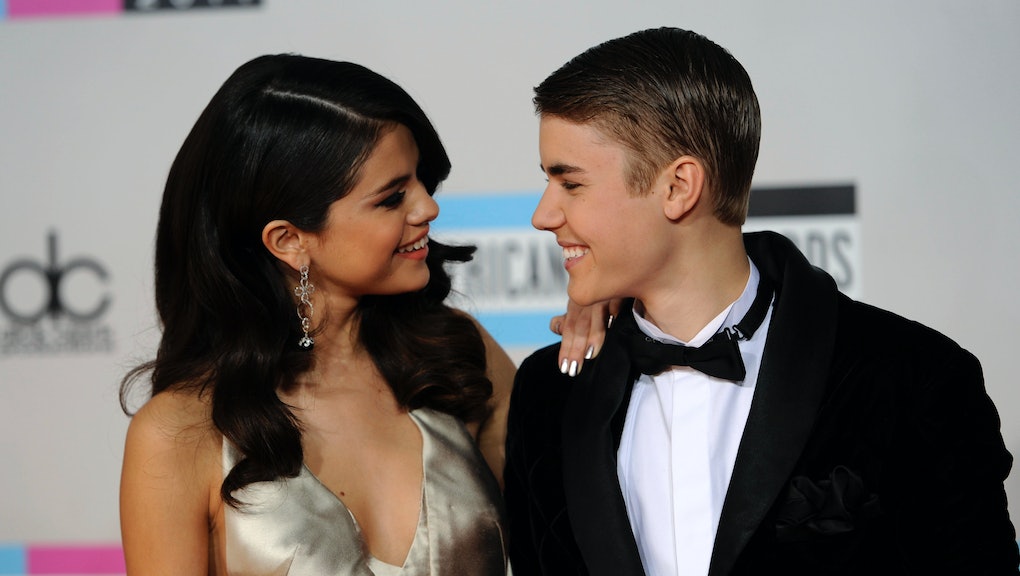 The sultry R&B ballad features one the music industry's notorious on-again off-again couples, who's currently reportedly off, trading verses about the trials and tribulations of troubled love, urging each other to be "strong."

"Wishing I was better with distance," Selena, 23, sings, right before Bieber, 21, croons, "It's 'cause you're the only one I'm really missing."

Though the unofficial track was quickly scrapped from streaming sites, per MTV's report, an unofficial version of the song is still available on YouTube:

Naturally, #Jelena fans blew up Twitter over the weekend:

Biebs opened up about his young love with Gomez in a September interview with Complex, admitting that the two living together at 18 was "too much at that age" but that they were "so in love." It's unclear whether "Strong" will be featured on Bieber's upcoming album, but the artist still has 16 tracks to fill on the 18-track album after only two songs have been confirmed on the tracklist.