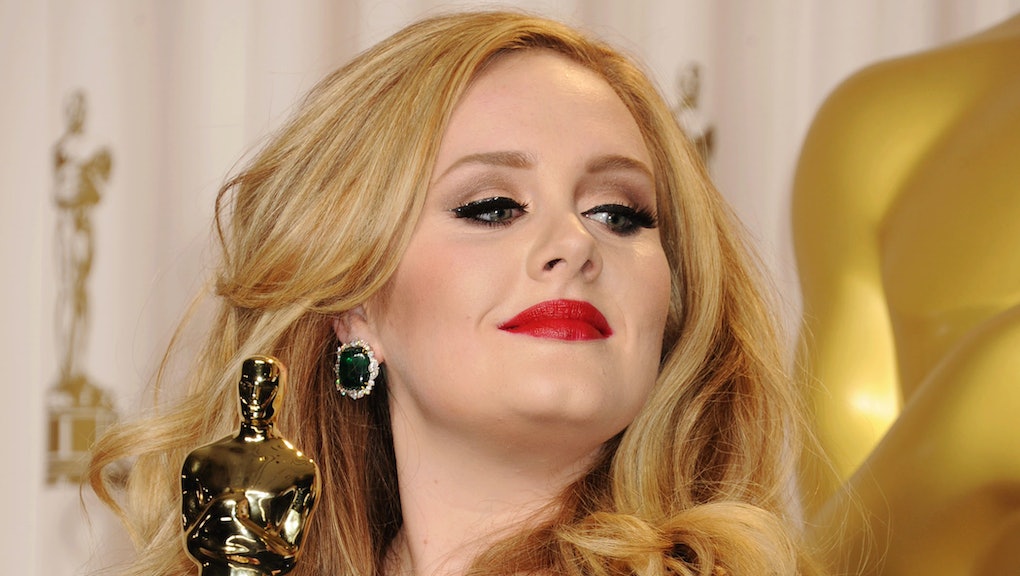 During Sunday night's episode of the X-Factor, a notable voice sounded over the airwaves and captured the attention of audiences across the U.K. To many viewers' surprise, the sultry and penetrating vocals didn't come from one of the show's contestants: They came in the form of a mysterious clip for what appeared to be new music from British singer Adele.

Although the commercial featured no hint of the artist's name or upcoming album title, the voice was characteristically Adele. The singer can be heard crooning a never-before-heard song as lyrics flash across a black screen in bold, white letters.

A piano melody can be heard underneath the raw vocals, as Adele sings:

"Hello, it's me/ I was wondering/ If after all these years/ You'd like to meet me/ To go over everything/ They say that time's supposed to heal ya/ But I ain't done much healing."

The clip ends abruptly, followed by a "..." as the piano quietly ends and Adele's voice fades out. While it wasn't immediately clear the song clip was a commercial for Adele's new album, the 27-year-old musician has an unconfirmed album rumored for a November release.

A new album would be Adele's first new music in almost five years since the artist's Grammy-winning album 21 was released in 2011, featuring hit singles including "Rumour Has It," "Set Fire to the Rain" and "Someone Like You."