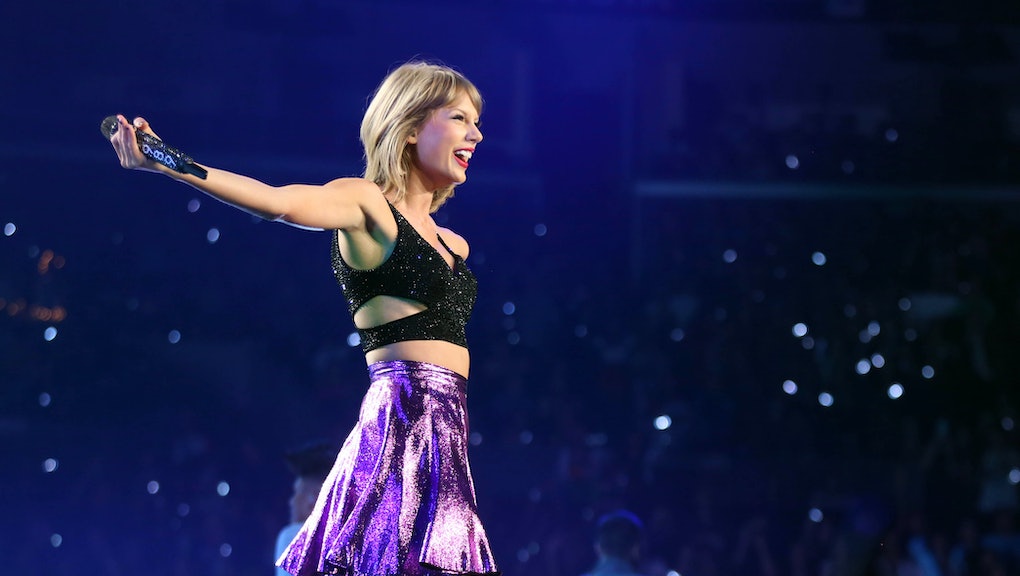 Pop mogul Taylor Swift's worldwide 1989 tour is currently sweeping in a modest revenue at almost $3 million a night, Billboard reports. That's easy for the "Bad Blood" singer to shake off, given she's one of the world's highest-paid entertainers.

Box office stats show that the wildly lucrative concert, steady at No. 1 on Billboard's Hot Tours recap, has raked in $173 million in ticket sales over a span of 59 concerts, averaging at $2.9 million each show. However, it's unclear how much of that Swift herself has pocketed.

Since the tour's launch in May, Swift has performed to 1.5 million fans and featured a plethora of legendary artists including Mick Jagger, Ellie Goulding, Keith Urban, Nelly, Wiz Khalifa, Selena Gomez and Justin Timberlake, just to name a few.

Forbes dubbed Swift one of the world's highest-paid music artists in June, revealing her whopping $80 million income from June 2014 to June 2015. Swift's worth isn't only credited to album and ticket sales — her stacked endorsements include Diet Coke, Keds and Sony.

Swift welcomed herself to New York City in 2014 by purchasing a $20 million penthouse in Tribeca, Bazaar reports. The 8,300 square-foot apartment includes seven bedrooms — one for each day of the week — and 5.5 bathrooms. That'll do.