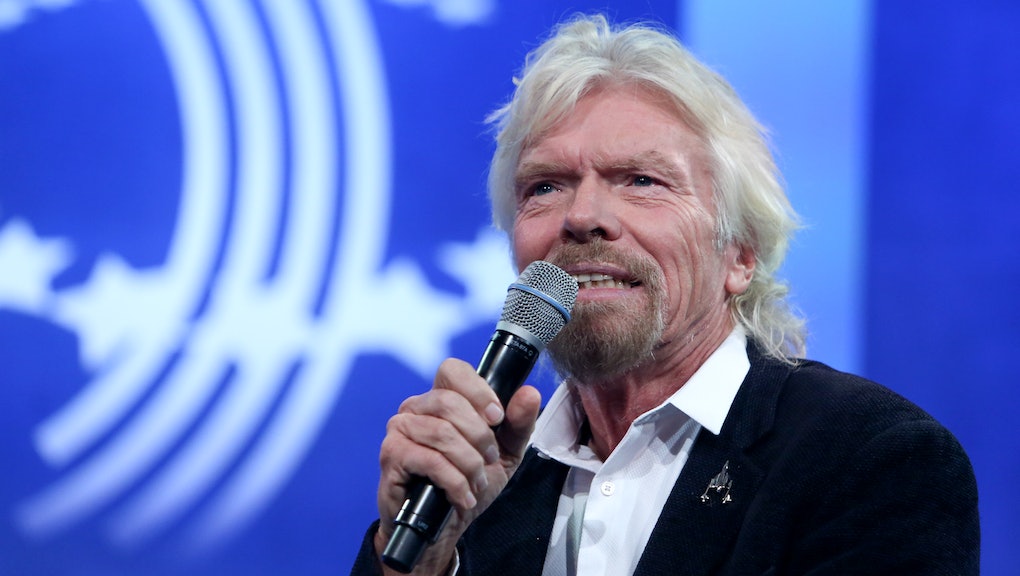 British businessman, entrepreneur and Virgin Group founder Richard Branson has reportedly leaked an embargoed United Nations document that aims to end the so-called "war on drugs." In a post to the Virgin website, Branson claims the U.N. Office on Drugs and Crime is circulating an internal briefing to various media outlets that calls on governments worldwide to decriminalize drug use and possession.

Branson said he penned the post to publicize the document before the U.N. drug office encounters rising pressure to halt its decriminalization agenda. The entrepreneur, who has for years argued that governments should treat drug use as a health issue, not as a crime, is a commissioner for the Global Commission on Drug Policy, a group working to highlight the effects of drug control on public health.

In his post, Branson makes a fiscal case for decriminalizing drug use and substance possession. "In their zeal for chasing the illusion of a drug-free world, governments have poured billions [of dollars] into tough law enforcement that did nothing to reduce drug supply or demand, or take control from the criminal organizations in charge of the global drug trade," he writes. "In the U.S. alone, over 1.5 million people were arrested in 2014 on nonviolent drug charges, 83% of those solely for possession. Globally, more than 1 in 5 people sentenced to prison are sentenced for drug offenses."

Shortly after publishing the post, the U.N. drug office engaged in the conversation.

"The briefing paper on decriminalization mentioned in many of today's media reports, and intended for dissemination and discussion at a conference in Kuala Lumpur, is neither a final nor formal document from the U.N. Office on Drugs and Crime, and cannot be read as a statement of UNODC policy," David Dadge, a spokesman for the UNODC, said in the statement. "It remains under review and UNODC regrets that, on this occasion, there has been an unfortunate misunderstanding about the nature and intent of this briefing paper.

"UNODC emphatically denies reports that there has been pressure on UNODC to withdraw the document," Dadge added in the statement. "It is not possible to withdraw what is not yet ready. Overall, UNODC remains committed to the balanced approach that, in particular, promotes alternatives to incarceration in line with international human rights standards."

After the response surfaced, Branson updated his Virgin post and challenged UNODC's executive director, Yury Fedotov, to "point out if there is anything in their briefing paper that is inaccurate and to explain why (he should be proud of it)." He also took to Twitter to encourage his followers to "challenge" the U.N. agency.