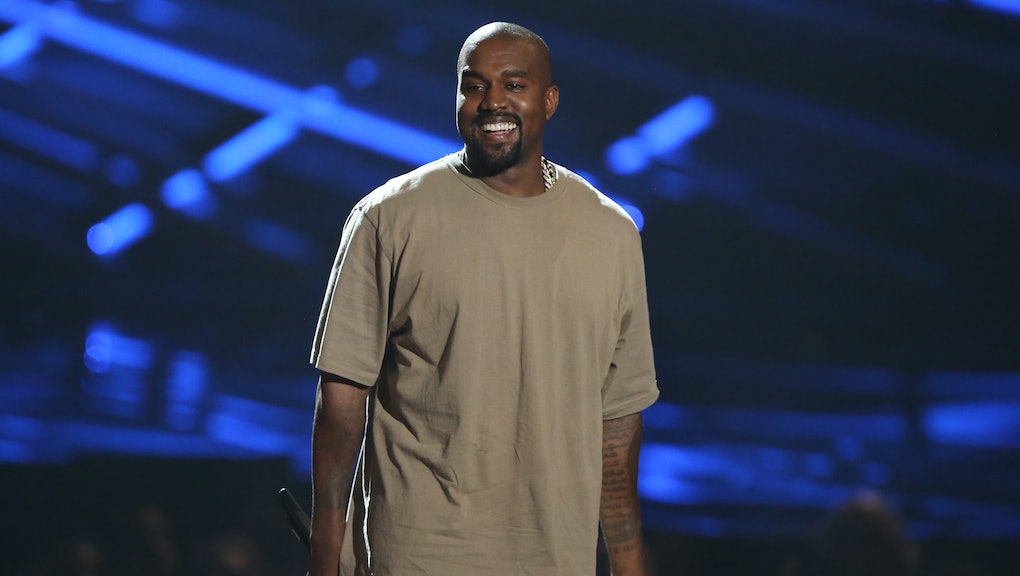 Kanye West Drops Two New Tracks, "When I See It" and "Say You Will" Remix. Stream Here

Kanye West threw his fans for a loop on Monday by releasing two new songs with hardly a warning. The American rapper unexpectedly posted the tracks to his Soundcloud page, a bigger surprise than when West announced his candidacy for the 2016 presidential election at the MTV Video Music Awards.

Though neither cut is entirely new, West reimagines a much-loved original in addition to offering up a cover. The first track is a rework of "Say You Will," which appeared on the rapper's 808s & Heartbreak record in 2008.

For his second track, Kanye covered R&B powerhouse the Weeknd's "Tell Your Friends," which Yeezy renamed "When I See It." The cut is off The Weeknd's most recent album, Beauty Behind the Madness, which was released on Aug. 28.