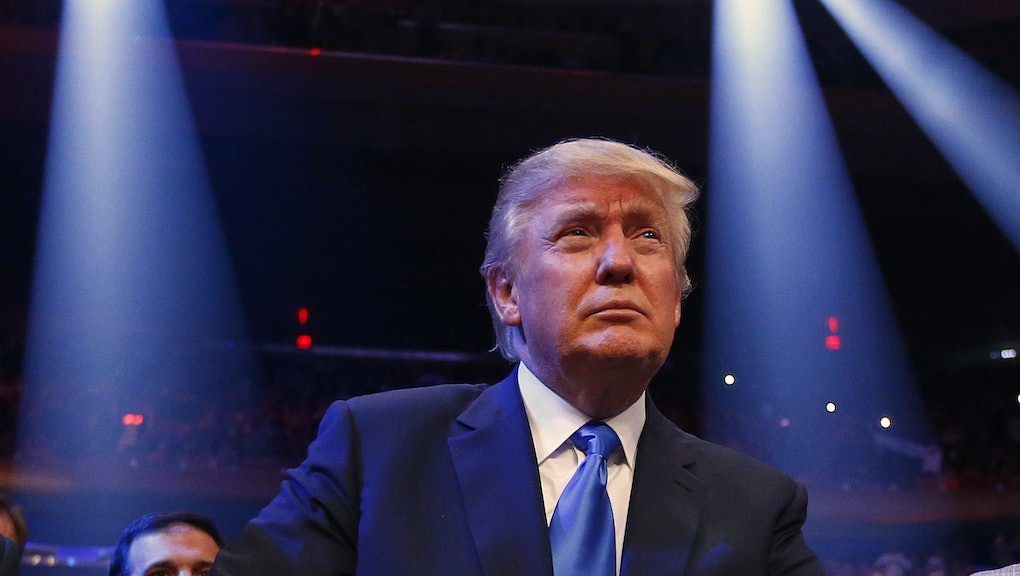 Republican presidential front-runner Donald Trump is keeping a steady lead against his top challenger, Dr. Ben Carson, the latest CBS poll shows — but not by much.

The rest of the candidates don't even make double digits — Texas Sen. Ted Cruz is third at 9%, Florida Sen. Marco Rubio is neck and neck with Cruz at 8% and former Florida Gov. Jeb Bush and former Hewlett-Packard CEO Carly Fiorina are tied at 6%.

Finally, former Pennsylvania Sen. Rick Santorum polls at 1% and the rest of the candidates failed to make the cut of 0.5%.

The good news doesn't stop there for the already boisterous Trump — the poll also found that 55% of Republican voters prefer their candidate to have business background, compared to 10% who surveyed they'd prefer a political background.

These results were released on the same day Trump claimed he could've prevented 9/11, blaming the attacks on a weak illegal immigration policy. "I'm extremely tough on people coming into this country," he told Fox News Sunday host Chris Wallace. "I believe that if I were running things, I doubt those families would have — I doubt that those people would have been in this country."