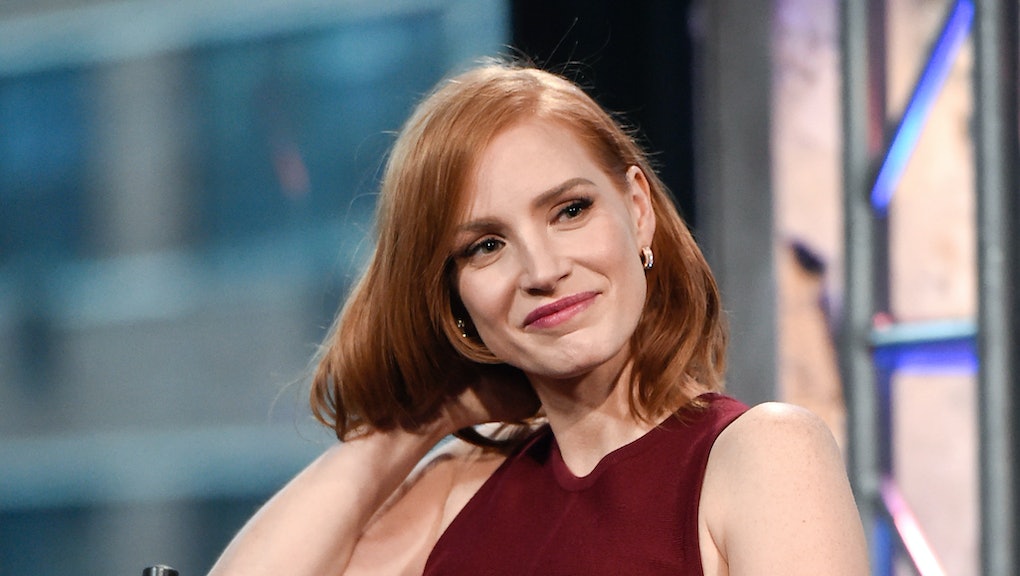 When crafting her award-winning career, Jessica Chastain didn't just think of what roles would make her a star. She thought of what they would say to her young fans.

In an interview Monday with HuffPost Live, Chastain explained how she chooses her projects with a social component in mind, using her recent film The Martian as an example. "I want little girls to watch The Martian and say, 'I want to be the commander of a mission to Mars,'" the actress said. "'I want to be in this movie,' and [to see] that actually, it's OK — you can have these desires to be a writer and fall in love and do all this, and you can actually save yourself."

Chastain identifies as a feminist, and has been outspoken about needing more complex female roles in Hollywood. "Let's also have some stories about these women," she told Glamour in 2014. "Let's write something for them, guys — and let's make room for women writers too."

So it makes sense that Chastain would take roles like hers in The Martian, or in Zero Dark Thirty or Interstellar. Setting that example of a strong woman inspires girls to feel motivated. "The more independent and free a woman is, I think those are the most inspiring stories for these little girls," Chastain told HuffPost Live.

That's not to say each role has to be a hero. Certainly Chastain has played her share of morally complicated characters, like her role in A Most Violent Year as a woman with mob connections. Yet that complexity is exactly what Hollywood should strive for with its female characters. Admiration of strong women doesn't need to be blind; the most intricate definitions of feminism celebrate nuance. Chastain's work supports that well.

Watch the clip of Chastain's comments below: