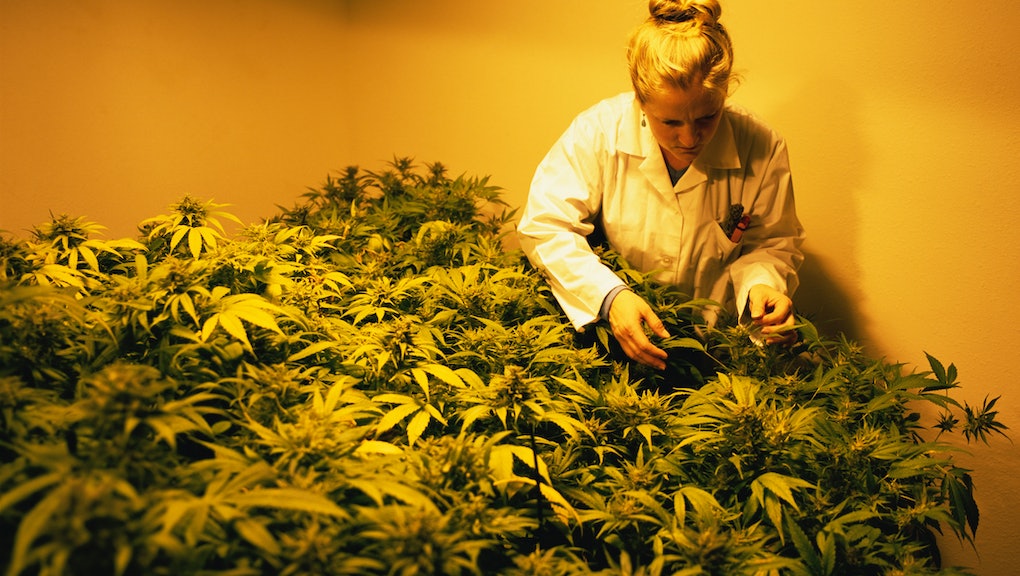 Marijuana use is growing more acceptable than ever in the United States, but thanks to outdated government policy, the scientific community is unable to study the medical effects of the drug.

That's the concern driving Tuesday's Brookings Institution report, which outlines the vast legal and cultural obstacles that stand in the way of researchers studying the medical consequences of a drug that has been dogged by a stigma out of sync with its observable effects.

"The U.S. government has held back the medical community's ability to conduct the type of research that the scientific community considers the experimental gold standard in guiding medical practice," the report, written by John Hudak and Grace Wallack, says. "The use of cannabis for medical treatment is happening in states based largely on anecdotal evidence or limited science."

The report suggests that as states grow more open to marijuana, whether through medical marijuana laws, full-fledged legalization or decriminalization measures, there should be a change in federal laws that constrain rigorous study of the drug's impact on public health and public safety.

"In many cases, patients and doctors operate according to a learn-as-you-go approach — a situation that is inexcusably the fault of federal policies failing to keep pace with changing societal views and state-level legal landscapes," the report says.

This is about science, not drugs: The report contends that changing laws to make it easier to study medical marijuana is about scientific freedom, not laxness on marijuana.

"This same conversation would be had if such barriers hindered the study of morphine or diazepam or Propofol or any other drug," the report reads. "Yet, of all the controlled substances that the federal government regulates, cannabis is treated in a unique manner in ways that specifically impede research."

The problem stems from marijuana's classification as a Schedule I drug, the class of drugs most strictly regulated under the Drug Enforcement Agency, and a designation that means that marijuana has no medical value. The assumption that marijuana has no medical value — one that has no grounding in scientific inquiry in the United States — has ensured marijuana's health effects are largely shrouded in mystery.

The authors of the report call for reclassifying the drug as a Schedule II drug, ideally through a law passed by Congress.

"Federal recognition of an accepted medical use for marijuana would be an important signal to the medical and policy communities that this avenue of research is supported — or at least that it is not something the government is actively skeptical of," the researchers write.

Rescheduling the drug would help mitigate the toxic stigma surrounding the drug which has made many researchers averse to even apply to conduct studies.

But rescheduling would be no panacea, the authors say. Other obstacles would remain, such as cumbersome restrictions on the number of growing operations that are legally allowed for government-approved research efforts. The report recommends a number of executive actions that a current or future presidential administration could take to quickly expand serious research into marijuana.

The report is a timely one. The rapid surge in the cultural acceptability of marijuana and the number of states experimenting with legalization or medical use is indicative of a rational society. But just because marijuana isn't as dangerous as the government has claimed for decades doesn't mean it's entirely harmless. Freedom for scientists to study the varying short-term and long-term effects of marijuana use should appeal to both people who love marijuana, and those who are skeptical of it.