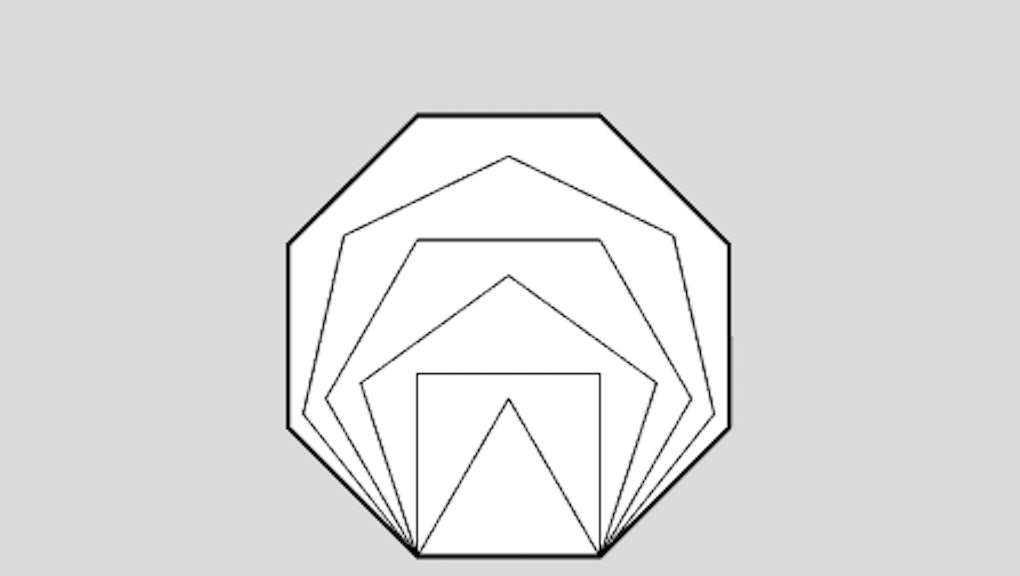 Sometimes the smallest things in a person's day can make all the difference in boosting happiness and quieting stress. That parcel of relaxation came in the form of a simple GIF that began trending this week but has been around the Internet since at least 2014, which asks viewers to breathe to the rhythm of the image's movement, an exercise that could help lower stress levels, according to research into stress management.

The GIF, which begins as a simple line, quickly unfolds into a triangle, then a square, and finally ends its series of patterns as a full-fledged octagon before returning to its original form. The accompanying caption reads, "If you have anxiety, take deep breaths in sync with this."

The entire loop takes just eight seconds, but it seems to have a lasting effect on many viewers who took to Twitter to share the GIF's calming effects:

The National Center for Biotechnology Information reports anxiety is a prevalent disorder that goes commonly underdiagnosed and improperly treated. The Anxiety and Depression Association of America estimates the number of Americans 18 and older living with anxiety to be 40 million, or about 18% of the entire population.

As Time reports, a variety of factors can increase anxiety among young people, a group that continues to have higher stress levels compared to other age groups, citing financial problems and relationship angst as some of the biggest causes. Anxiety, or the feeling of concern or apprehension caused from mental, physical or perceived stress, can be treated with a number of techniques, and breathing exercises being one of the most popular.

As AnxietyBC notes, "calm breathing," or the method of slow breathing with a focus on expanding and contracting the diaphragm, is a common tool many people with anxiety use throughout the day to relieve themselves from the discomfort brought on by anxiety.

People who find themselves facing a great deal of stress or anxiety throughout the day can try following the GIF's simple message and slow down. Here are some other GIFs that could ease symptoms of anxiety: