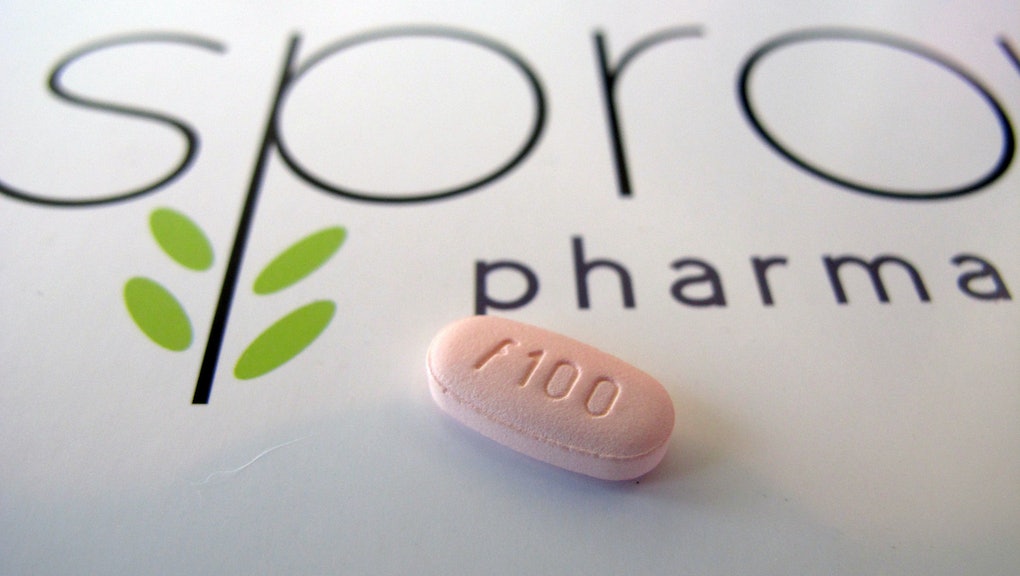 The introduction of Addyi, the so-called "female Viagra" that's intended to help boost female libido, has been fraught with controversy at every stage of its development.

Some critics have assailed the pill's promises to "cure" female sexual dysfunction, arguing that it pathologizes the natural ebbs and flows of female desire. Others have argued that the drug itself hasn't actually been proven to be effective, or that its side effects (which include low blood pressure, nausea and dizziness, among others) cancel out its purported benefits.

Even now that Addyi, or flibanserin, is available on the general market, new research is calling its validity into question. In a recent study published in the journal Fertility and Sterility, researchers from the Medical University of Vienna found that open communication with your partner was just about as likely to improve women's sex lives as a hormonal treatment.

In other words, certain women may not need a "female Viagra" drug — or any pill, for that matter — at all.

The study: Over the course of eight months, researchers at the Medical University of Vienna asked 30 women to take not Addyi, but a nasal spray containing oxytocin, a "bonding" hormone thought to enhance feelings of intimacy, before having sex with their partners. Women in a control group took a placebo nasal spray, which did not contain oxytocin at all.

When both groups of women were asked to assess their sexual function after taking the spray, both groups reported significant increases in sexual desire and overall satisfaction.

We might attribute these results to the placebo effect, the phenomenon whereby people experience anticipated side effects after taking a fake treatment. But lead researcher Michaela Bayerle-Eder has a different theory. Because the women in the study were asked to track their sexual function in a diary and have ongoing conversations with their partners, she attributes the sex improvements to good, old-fashioned communication.

"Some couples who'd been together for years were sharing their sexual fantasies with each other for the first time. Sharing what they didn't like about the sex they've always had," Bayerle-Eder told ThinkProgress. "Their unique satisfactions were never really talked about until now."

A drug without a proven purpose: It's no surprise that increased communication can improve women's sex lives, given how society still privileges male pleasure and discourages women from speaking up about their own desires. Studies have determined that heterosexual women have one orgasm for every three their male partners have — a so-called "orgasm gap" that could be closed if we encouraged women to voice their sexual desires more.

Yet drug manufacturers have tried for years to develop a drug to increase women's libidos (hence the Viagra references). Addyi, which ostensibly works by increasing serotonin levels in a woman's brain, is the first such drug to be approved by the Food and Drug Administration, hitting shelves on Oct. 17, despite critics' claims that the drug hadn't been proven safe and didn't have enough demonstrated effects on female arousal.

The other big problem with Addyi, of course, is whether a lack of female sexual desire is something to pathologize. In a piece for the Guardian, writer Sady Doyle expressed concern that a drug like Addyi could profit off longstanding misunderstandings of female sexuality — especially given that some researchers question whether so-called female sexual dysfunction exists at all:

"For women genuinely distressed by their lack of sexual desire – and these women do exist, and their pain is not inconsiderable – flibanserin might represent a ray of hope. But for critics, it represents both a new 'hysteria' – a disease created because there is a profit in curing it, and another way for experts to tell women their sexuality isn't OK."

Those concerns seem to be echoed by the new research, further suggesting that so-called sexual dysfunction is often rooted not in chemical imbalance, but in a lack of openness and honesty regarding bedroom issues.

"Sexual problems are often caused by the stress of everyday life rather than any chemical deficiency in a woman's hormone balance," the researcher said in a press release. That's not something that necessarily requires a pill at all.