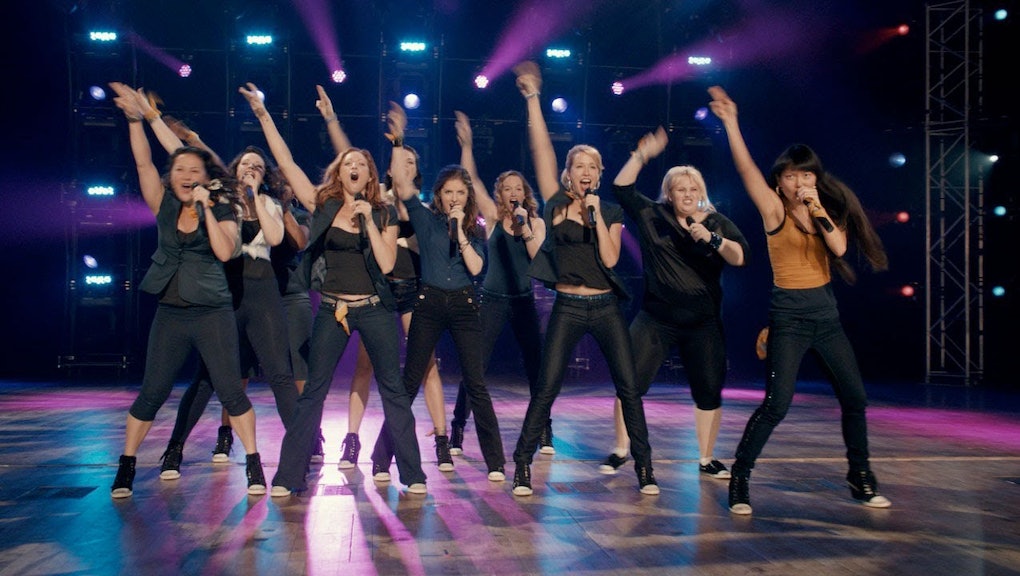 When it comes to representation of women in film, everyone from directors to stars to professors can agree: The industry needs to do better. The reasons for doing that aren't just creative either — they're financial.

Overall box office has been proven to be healthier in years with more films actually about women. These movies can be anything from big franchises (The Hunger Games) to one-off films (The Devil Wears Prada), but they must be stories where the central narrative thrust is built around a woman. Yet despite positive box office results, these movies are still considered niche.

So let's break down the numbers. Among the top-grossing movies of the year, how much more does a movie about women really make compared to a movie about men?

Running the numbers unearths quite a revealing result. Over the past decade, a box office hit about a man — think the Harry Potter series, or about a group of men like Wild Hogs — grossed an average of $80.6 million. In the same period, a hit film about a woman grossed an average of $126.1 million. That means, on balance, top-grossing movies about women earned $45.5 million more at the box office than movies about men.

The methodology: For this exercise, we compared the box office grosses of the top 25 films from each year from 2006 to 2015, up to this week. We calculated how much money each of these movies actually grossed domestically — so not just their box office take, but how much they earned over their budget. Figures for both budget and box office take were sourced from Box Office Mojo.

Some films were excluded, including co-ed ensemble films (Les Miserables), films that feature men and women roughly equally in their narrative (Fifty Shades of Grey), animated films and movies about events (2012) or non-human objects (the Transformers series). The result was a set of 133 films broken down over a decade.

We tabulated how much movies about each sex made at the box office for each year, as can be seen below. Once complete, all 10 years' numbers were averaged together to create the final figures seen above.

What does it mean? In the film industry, representation of women is still at a disastrous low. Female characters only made up 30.2% of the 30,000-plus speaking characters of the past seven years. As a result, stories about women remain scarce.

If there were more movies about women, the gross gap between the two sex groups might be more even. For every hit series about a man like Harry Potter, there's a box office disappointment like G.I. Joe. Fewer at-bats means there are fewer chances to fail. Yet the lack of movies about women is maybe most egregious stat of all: Ninety-seven of the 133 movies represented in this selection are about men. Only 36 are about women — the people who are, as it is now proven, the bigger box office draw. That's not just poor representation, it's also bad business.

The conventional wisdom that movies about women don't earn money isn't wise at all. It's based on selective data and generalizations. When it comes down to these pure numbers, however, it's undeniable: Women-driven stories sit atop the heap. It would be smart of the industry to start reflecting that in its output.