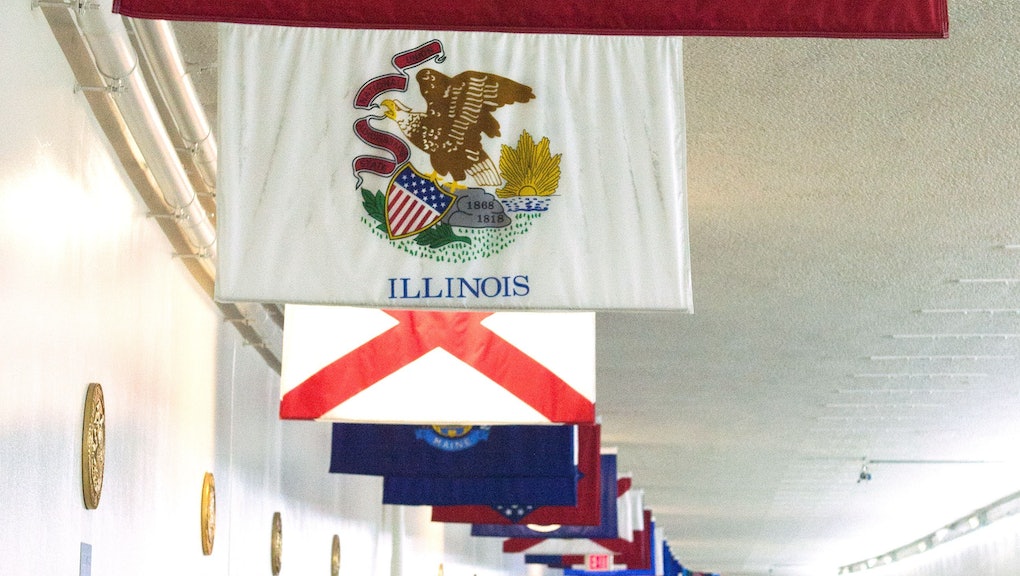 Student senators from the University of Mississippi, more popularly known as "Ole Miss," voted in favor of a resolution Tuesday evening that would remove the state flag in locations around campus where it currently flies.

"Very rarely are issues of social justice decided by the will of the majority," said Allen Coon, who helped write the measure, CNN reported. "If Mississippi had its way, slavery probably wouldn't have ended in 1865."

The final vote was 33-15, with one abstention. The university, however, is under no obligation to honor the non-binding resolution. A statement released by the university before the decision seemed to foreclose the possibility that any action would be taken: "As a university committed to fostering a welcoming and inclusive campus for all students, we continue to join other leaders in Mississippi to encourage our government to change the state flag," NewsWatch, a student-run broadcast, reported.

The Mississippi flag is the only U.S. state that incorporates the Confederate battle emblem.

After the vote, the executive officers from the Associated Student Body on campus released a statement praising the resolution. "This decision is not an act of defiance towards our great state but a genuine call to action in response to the cries of those who have been negatively impacted by such a symbol," the message, which was posted to the group's Facebook page, said. "Do not celebrate this decision simply because it is 'making history,' but celebrate because this is a step in a direction that will fundamentally change the way we interact with one another, interacting under a unified banner that shows this world the true colors and best values Mississippi has to offer."

The university, founded in Oxford, Mississippi, in 1848, is steeped in Confederate tradition. During the Civil War, a special unit known as the University Grays was raised from among students, and riots erupted after the school admitted its first black student in 1962, the Washington Post reported. Even today, the campus is riddled with tributes and monuments to the Confederate past.

The run-up to Tuesday's charged vote drew an immediate response from those who opposed the resolution. Weeks before, student Andrew Soper created a Change.org petition called "Keep the flag of the state of Mississippi flying at the University of Mississippi," that has so far been signed by more than 200 people. "Removing symbols, flags and monuments will do nothing to change the way people feel in their hearts," wrote Soper.

On Friday, meanwhile, students clashed with pro-flag protesters, many of whom came to campus from the International Keystone Knights, a local branch of the Ku Klux Klan. "Black lives don't matter," Keystone Knight Shaun Winkler told the Daily Mississippian, the campus newspaper. "We are the blood of conquerors."

Pressure has been building on elected official around the country to remove images of Confederate iconography after the racially motivated massacre of nine people inside a historically black church in Charleston, South Carolina, in June. Reverberations from the incident ultimately led the state's Republican-dominated legislature to remove the Confederate battle flag, which had flown over the state Capitol grounds for decades.

Rumblings about a flag redesign have also been heard at Mississippi's state legislature in Jackson. "We must always remember our past, but that does not mean we must let it define us," Mississippi's Republican House Speaker Philip Gunn said in a June statement, according to the Associated Press. "As a Christian, I believe our state's flag has become a point of offense that needs to be removed. We need to begin having conversations about changing Mississippi's flag."