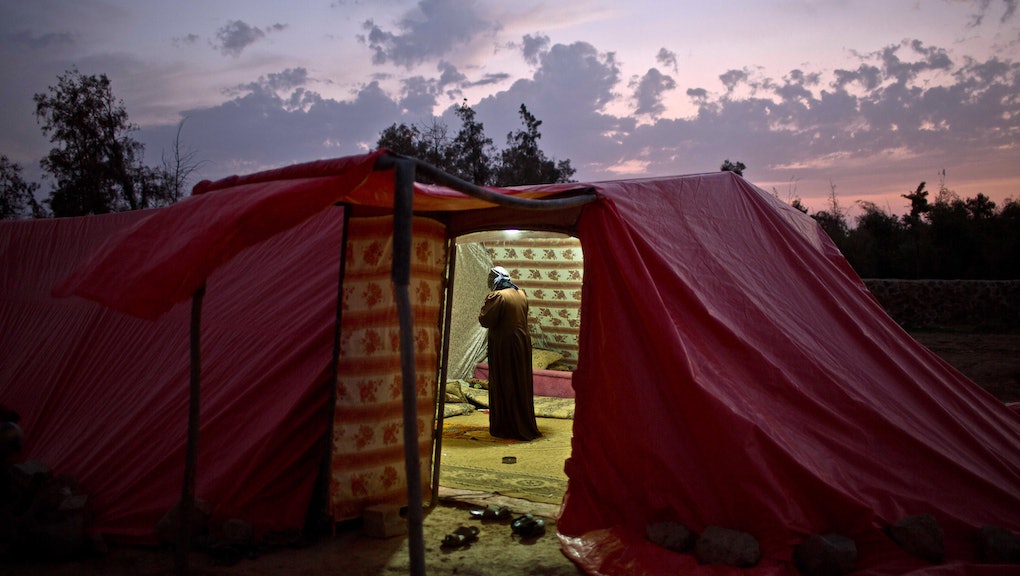 A special project from Huffington Post is shining a floodlight on the quotidian habits of Syrian refugees displaced by the brutal civil war that began four years ago. As millions of people undertake a mass migration to Western Europe to seek a better life, WorldPost reporter Sophia Jones and Syrian-American journalist Hiba Dlewati embedded themselves for three weeks with a group of mostly Syrian refugees to learn what a day in the life of an asylum seeker looks and feels like — and to share that picture with the world.

The project, titled "A Thousand Miles in Their Shoes," chronicles a journey that traverses Turkey, Greece, Macedonia, Serbia, Hungary and Germany. The interactive digital experience takes readers through the different legs of the odyssey after an introductory landing page.

"I thought I knew what to expect: Nothing goes as planned," Hiba said in a conversation with her project partner, published on Huffington Post. "I was surprised, though, when Macedonia closed its border for a few nights and left thousands of people trapped in an area with no water, food or aid, and no answers as to when they could cross."

"People sleeping on the train tracks, little campfires everywhere, and so many children just left out there," she said on Huffington Post. "I couldn't believe what I was seeing was Europe and not a conflict zone."

Perhaps the project's biggest strength, ultimately due to the reporters' willingness to be in the mix, is that it imposes a necessary and humanizing order onto the refugee crisis.

Reading about — and seeing — the anniversary of a young, pregnant Kurdish couple seeking refuge, or the anxiety of a Syrian couple on a train from Budapest to Germany, readers of this project will feel the immediacy of the refugee crisis in a visceral way.

This isn't the first time individuals have been singled out to put a face to the mass migration of refugees — which the project's reporters point out is the largest of its kind since World War II. When a photo of a drowned Syrian boy in Turkey came to light in September, it caused mass outrage and sparked a lot of dialogue.

Yet Jones and Dlewati's project adds a refreshed weightiness to the issue, and the visibility it affords is a step, or a thousand miles, in the right direction.