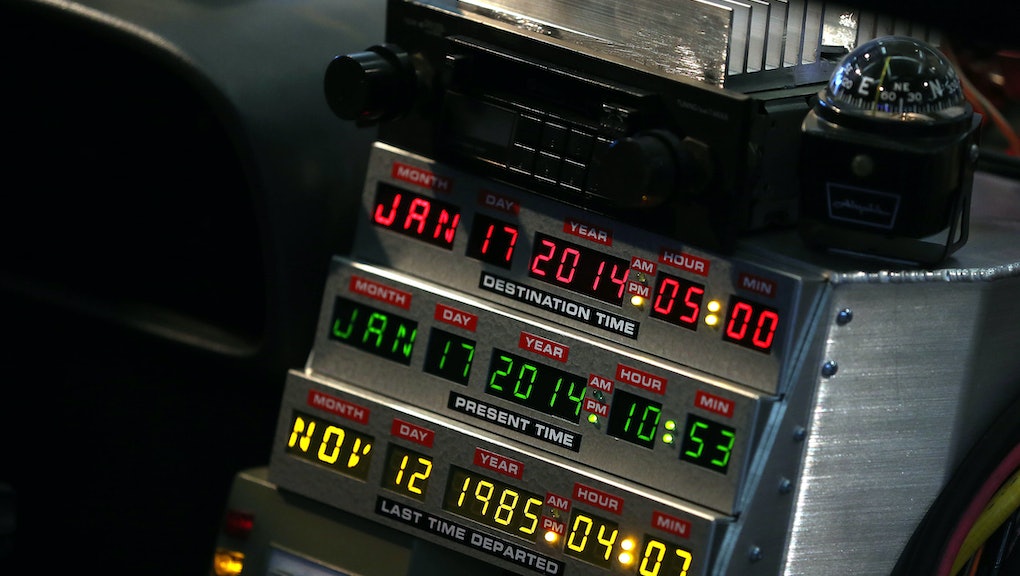 In honor of Back to the Future Day, engineers at Stanford University achieved something important not just for sci-fi buffs and fans of the '80s time-traveling trilogy, but also for the advancement of self-driving cars and for the environment.

From the scientific minds at Stanford's Revs Program comes "Marty," a self-driving, electric car modeled after the fabled DeLorean in the Back to the Future series and named for the film's main character, Marty McFly. The autonomous vehicle adds to the self-driving advances of Google and Tesla, and its electric component puts it in line with efforts by automakers like Tesla and Prius to reduce greenhouse gases.

Here's what they came up with:

"Marty" stands for Multiple Actuator Research Test bed for Yaw control, or, more simply, a testing ground for researchers to play around with torque, and bounce it between whichever wheels have the most grip.

"We want to design automated vehicles that can take any action necessary to avoid an accident," Gerdes told Stanford News. "The laws of physics will limit what the car can do, but we think the software should be capable of any possible maneuver within those limits. Marty is another step in this direction, thanks to the passion and hard work of our students.

"In our work developing autonomous driving algorithms, we've found that sometimes you need to sacrifice stability to turn sharply and avoid accidents. The very best rally car drivers do this all this time, sacrificing stability so they can use all of the car's capabilities to avoid obstacles and negotiate tight turns at speed. "

As if a self-driving electric replica of a time-traveling car wasn't cool enough, the vehicle is majorly adept at drifting. Watching the researchers taking Marty for a spin below. In the words of Back to the Future's mad scientist, Doc Brown, "Where we're going, we don't need roads."