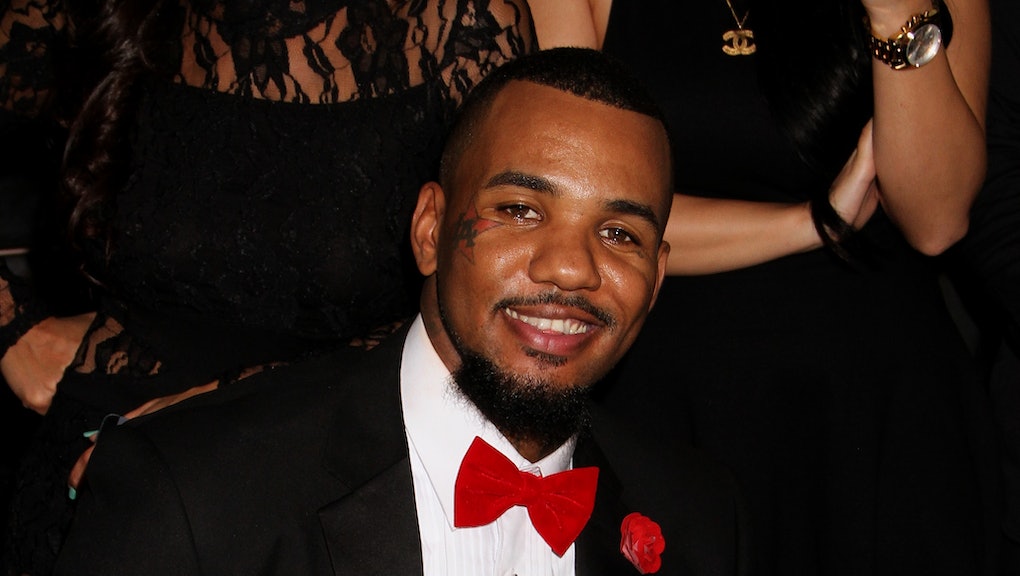 The Game, real name Jayceon Terrell Taylor, told TMZ on Tuesday that the NBA team Los Angeles Lakers would be "thorough as ever" and "really show Los Angeles support" by rehabbing Odom, who is recovering after being found unconscious at a Nevada brothel on Oct. 13 and hospitalized, and getting him back on the team. He went as far as saying he doesn't want to see another Lakers game until Odom is on the court.

"From all that he been through," he told TMZ, "to really show Los Angeles support, to really show how somebody almost, like, died and came back, [the team should] give him a shot to be on the Lakers."

The rapper even compared Odom's situation to his own life. "Yo, homie," he told the TMZ reporter, "I was in a coma, dude, for seven days, came back and turned into one of the best rappers in the world.

"Let him hoop." he told TMZ, adding "If the Lakers are real."

The ex-NBA star and estranged husband of Khloe Kardashian has started physical therapy after remaining in unstable condition for several days. Kardashian and Odom sought to repeal their divorce on Wednesday, TMZ reports, after Kardashian was reportedly by his side in the hospital.

Odom played for the Lakers from 2004 through 2011. He helped the Lakers win two NBA titles and earned himself the NBA's sixth man of the year award in his final season with L.A. Odom was traded in the offseason to the Dallas Mavericks, a move that bothered the longtime Laker. "For them just to [try to] trade me without communicating, it made me start to ask myself questions like 'Why would they do something like that?' Odom told the Los Angeles Times in 2012.