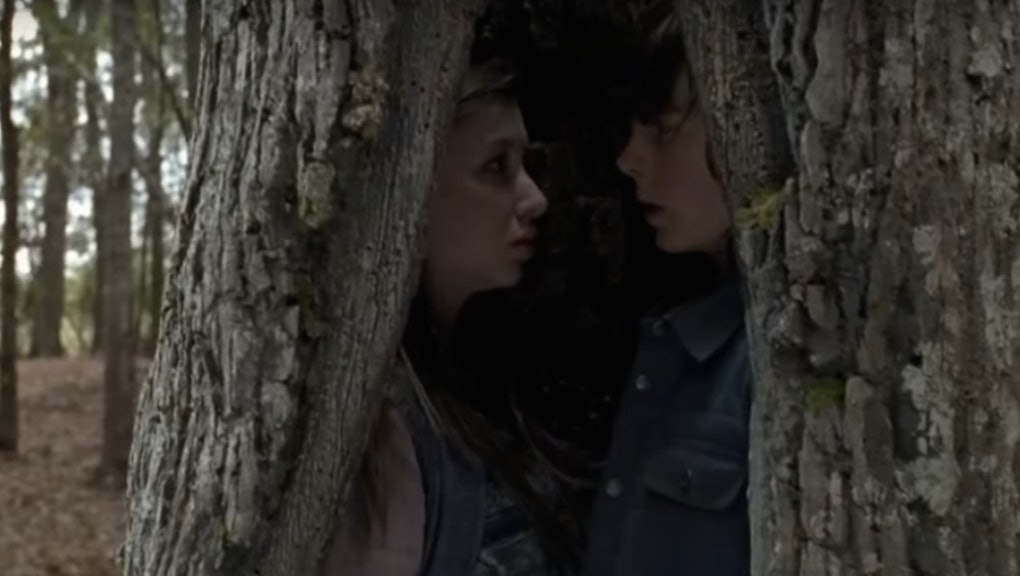 Is Enid a Spy? The Internet Has a Theory About 'The Walking Dead' Character

A number of outlets began reporting after Sunday night's episode of The Walking Dead that a huge spoiler had gone unnoticed by audiences of AMC's hit zombie-thriller. Essentially, it was "revealed" that Enid, a relatively new character introduced in the show's fifth season, might not be the harmless love interest for Carl fans have been led to believe.

In fact, the teenage girl who survived a zombie outbreak in the fifth season and avoided trouble during the Wolves' slaughter of her community in the most recent episode could possibly be a spy for the vicious pack of humans, according to Forbes.

After Sunday night's episode, fans on social media debated whether or not the show's producers were dropping hints Enid may, in fact, be a mole for the Wolves:

Sunday's episode was titled "JSS," an acronym revealed to mean "just survive somehow" in a note Enid left for Carl after the Wolves' attack on Alexandria in Sunday night's episode.

Forbes writer Paul Tassi goes on to question why producers decided to provide any character development for Enid at all during "JSS," unless it was to purposefully leave behind gaps in the storyline that would eventually lead fans to learn the girl is actually a spy and traitor to the show's loyal group of main characters. The writer also focuses on a specific moment where Enid is cut off in the middle of a sentence by an attack on her and Carl's town.

"I'd argue that with Rick's group showing up, they could defend against an attack like that," Tassi wrote, focusing on the sudden attack on the town. "But I have a hunch that she specifically told the wolves to come when the main group was out wrangling zombies."

However, many fans aren't convinced. Perhaps the show's producers and writers "just wanted to take the piss out of fans by making us think that the intro told some greater truth about Enid than one that just says she's an average teenager who doesn't fit in," CinemaBlend notes.

Still, the internet loves to take missing pieces of television plots and twist them into a variety of possibilities. The Walking Dead fans have been posing a number of theories that could explain exactly who Enid is to the show: