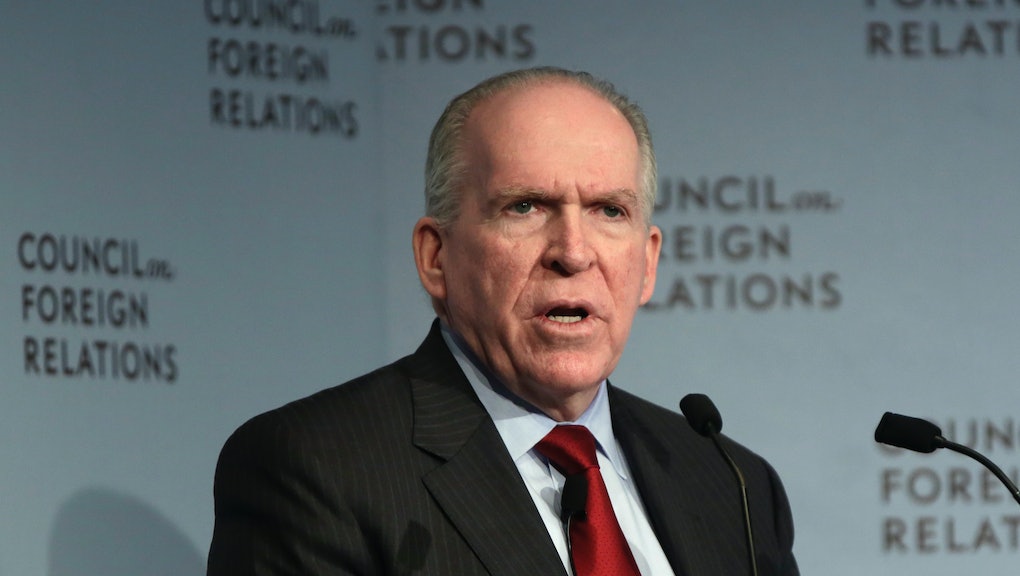 WikiLeaks, the international organization dedicated to obtaining and publishing government secrets, released on Wednesday afternoon what it says are emails from CIA Director John Brennan's personal AOL account. In the process, it exposed the private information of one of the nation's most senior intelligence officials.

The site posted six intelligence-related files it says are from the director's email. The files include a document on challenges for the United States intelligence community in the contemporary era, correspondence detailing a dispute with a CIA contractor, recommendations for the next president on how to best deal with the Iranian government (written in 2007) and two documents related to the use of torture in interrogations.

One file contains extensive personal and professional information about Brennan in a document titled "Questionnaire for National Security Positions (SF86 Format)." This document is driving the most controversy: It contains sensitive information including Social Security numbers, addresses and phone numbers for the director, his wife and other relatives.

Other documents have more to do with government policy.

In one of the documents dealing with torture, then-vice chairman Sen. Christopher "Kit" Bond recommends the U.S. Senate Select Committee on Intelligence allow intelligence agencies to use any interrogation techniques not explicitly banned in the U.S. Army Field Manual, rather than the inverse approach, only allowing those interrogation methods which are previously approved. The second torture document, a bill from July 2008, lists specific interrogation tactics to be prohibited.

In the Iran draft document, Brennan discusses a new approach to Iran that runs counter to the Bush-era inclusion of the country in the "Axis of Evil" and recommends former U.S. Secretary of State Colin Powell as a potential special envoy to Iran.

According to the Verge, the documents originate from a hacker the New York Post dubbed a "stoner high school student," who also claims to have breached a Comcast account belonging to Homeland Security Secretary Jeh Johnson. The hacker has since backtracked on those claims.

It is unclear if Brennan used the email account to transfer classified information. A larger archive potentially containing more documents is rumored to be in the hands of a Twitter user called TheCthulhu.