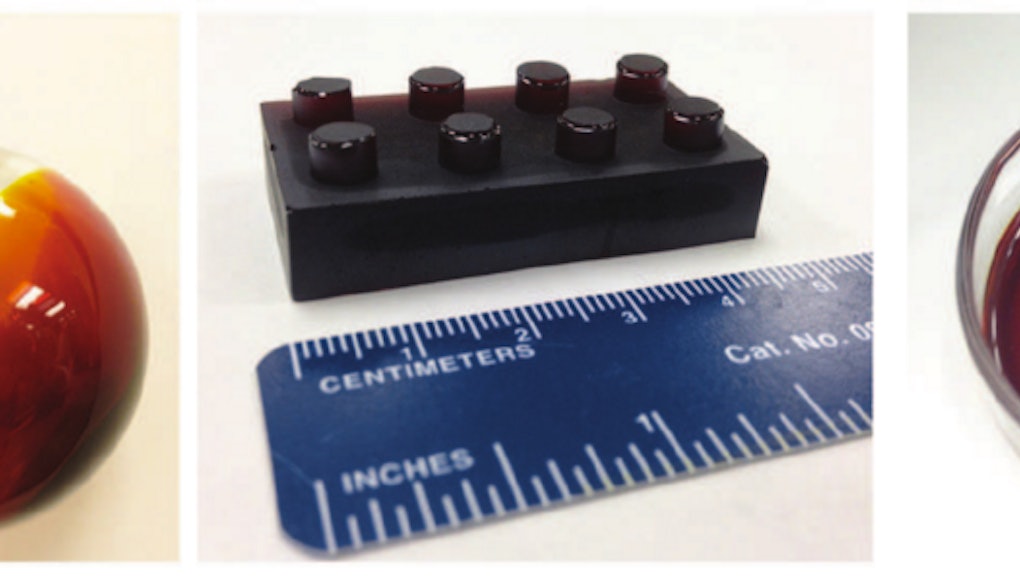 Scientists Figured Out a Cheap, Easy Way to Suck Deadly Mercury From the Oceans

Scientific discovery is often the result of painstaking research and experimentation, with each step in the process mapped out and calculated to a T. Sometimes, it's a complete accident.

Such was the case with the discovery of a tool to remove mercury from the planet's water and soil. A team of researchers set out to create a new, cheap and widely available kind of plastic; instead, they ended up with a polymer that may revolutionize the way we get rid of the poison.

The materials used, sulphur and limonene, are extremely common — the former is a naturally occurring element and a primary by-product of gas and oil production, and the latter is found in citrus fruits. According to Justin Chalker, one of the study's researchers, 70 million tons of sulphur and 70,000 tons of limonene are produced each year.

"It literally grows on trees," Chalker told Australia's ABC, presumably referring to the fruits from which limonene is extracted. The resulting polymer — a reddish, rubbery looking substance — is cheap to produce and can be molded into various shapes.

The experimentation with mercury, the results of which were published this week in the journal Angewandte Chemie, were encouraging. Not only did the polymer suck up mercury, it also changed color when it came into contact with the silvery substance — a useful tool for identifying contaminated areas.

Moreover, the materials used would otherwise go to waste. "Not only is this new polymer good for solving the problem of mercury pollution, but it also has the added environmental bonus of putting this waste material to good use," Chalker said in a press release.

Chalker told ABC that the team had also tested the substance for toxicity to ensure it wouldn't damage the environments in which it's placed. "That gives us hope that we'll be able to commercialize and actually use this in the environment," he told ABC.

Mercury contamination and its subsequent consequences can be extremely damaging. According to the U.S. Geological Survey, which cites a 2000 National Research Council report, more than 60,000 children are born every year "at risk for adverse neurodevelopmental effects due to in utero exposure to methylmercury."

The physical effects of mercury poisoning are acute: The World Health Organization reports methylmercury — found in contaminated shellfish and fish — is toxic the central and peripheral nervous systems.

Chalker and his team's accidental discovery, however, may change this landscape.

"Mercury contamination plagues many areas of the world, affecting both food and water supplies and creating a serious need for an efficient and cost-effective method to trap this mercury," Chalker said in the press release. "Until now, there has been no such method, but the new sulphur-limonene polysulfide addresses this urgent need.

"Not only is this new polymer good for solving the problem of mercury pollution, but it also has the added environmental bonus of putting this waste material to good use."