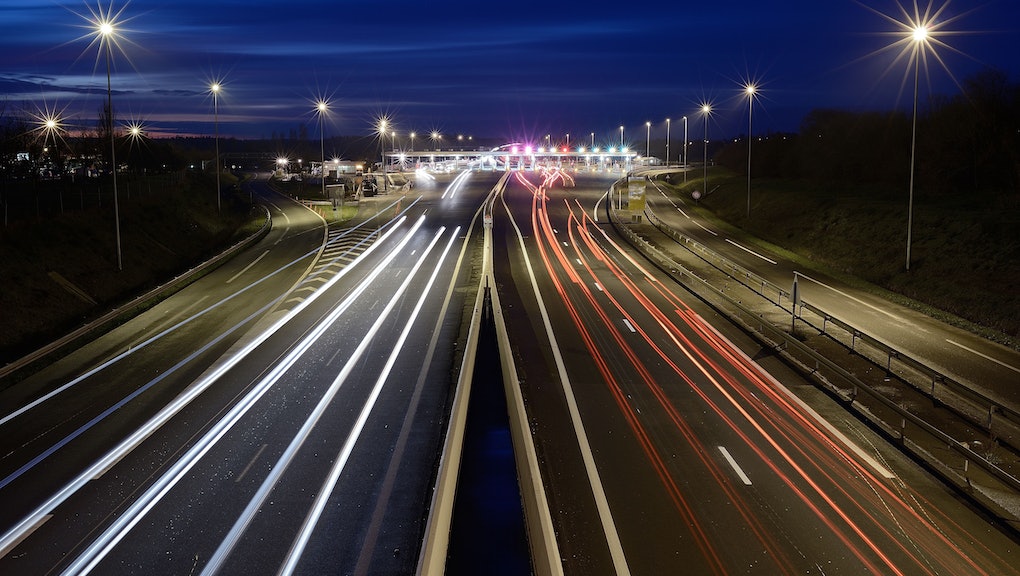 Though hands-free technology purportedly aims to protect drivers behind the wheel, a study released Thursday by the AAA Foundation for Traffic Safety, a nonprofit focused on vehicular safety, suggests the inverse may be true. According to the findings, hands-free and voice command technology poses a threat to drivers by introducing mental distractions that can lead to traffic accidents.

"Technology developed to assist people to make them safer may unintentionally make the task of driving more difficult," Jacob Nelson, AAA's director of traffic safety advocacy and research, told Mic. "As humans, we can over-rely on technology because we don't understand its limitations."

The hidden danger: According to the foundation's findings, drivers can be mentally distracted for up to 27 seconds after using voice command systems to dial a contact, change a song or compose the body of a text. That means that even with two hands on the wheel and both eyes glued to the road, drivers using hands-free controls could be at risk in the nearly half a minute it takes to re-focus on driving after listening to or issuing a verbal command.

"During that period of time a driver is getting back to base-line driving and regaining what we call 'situational awareness,'" Nelson said. "Their mind is taxed with trying to operate a car and reaction times are slow." If a driver misses a stop sign, for example, or a pedestrian steps into the road as the driver tries to regain situational awareness, "you could see what kind of a disaster might occur," Nelson said.

For its study, AAA Foundation for Traffic Safety compared the hands-free technology built into 10 separate vehicles made in 2015 and in three different smartphones. Rating the distraction-level of each tech system on a scale of 1 to 5, researchers found that all of the cars and smartphones tested "increased mental distraction to potentially unsafe levels," according to the report. "The systems that performed best generally had fewer errors, required less time on task and were relatively easy to use."

The rules of the road: Although no state bans the use of cell phones entirely for drivers, 14 states and the District of Columbia have issued bans on hand-held cellphone usage, according to the National Conference of State Legislators. Text messaging while driving is banned in a total of 46 states and D.C., according to the Governors Highway Safety Association. In the four states that don't prohibit texting entirely, there are rules in place in two that prohibit beginners from texting and one that does the same for school bus drivers.

Despite the threat that hands-free tech could pose to drivers, AAA doesn't recommend abandoning the controls entirely.

"We don't think automakers should stop putting these technologies in cars," Nelson said. "There are conveniences afforded to drivers as a result of having these controls. But we have to be smart about how they work."

One way to lessen the danger of using hands-free devices while driving could be to regulate technology more closely and set communication limitations, Nelson explained. For example, a safer way to use hands-free technology would be for the tech to allow drivers to execute simple tasks like changing the internal temperature of a car or accessing GPS through verbal commands but not talk to social media. Developers could even program hands-free tech to let drivers listen to but not compose emails and text messages, Nelson suggested.

A larger trend: One outstanding question surrounds the evolution of the auto industry and how hands-free technology will factor into a self-driving car. Tech giants and automakers like Google and Tesla are already experimenting with self-driving models and features. However, it's unclear what risks, if any, hands-free tech will pose to passengers in self-driving cars.

"The industry is moving in the direction of vehicle autonomy," Neslon said. "That's the long-term goal. But how the use of voice control is integrated into that is unknown."