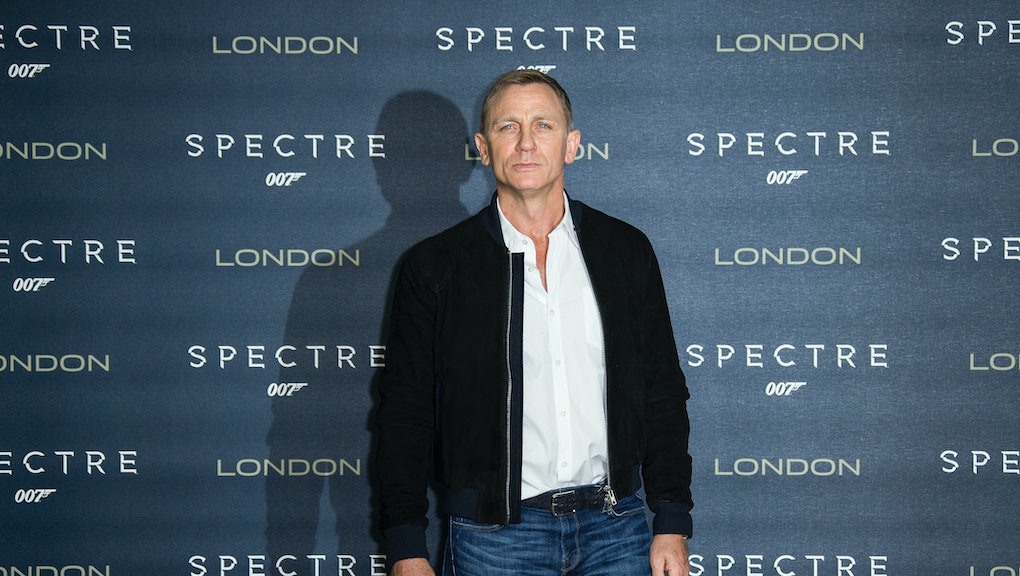 Ever notice how in movies, leading men are allowed to age gracefully, while their female counterparts stay frozen in their early twenties?

Daniel Craig has, and he kind of thinks it's garbage.

In a new interview with the Red Bulletin (the official publication of the Red Bull brand, natch), the actor discussed his newest 007 movie, Spectre. In the interview, Craig was asked how he felt about his character James Bond "succumbing to the charms of an older woman," a reference to his Spectre love interest, Italian actress Monica Bellucci. Bellucci is 51, a mere four years older than the 47-year-old Craig.

Craig didn't hesitate to call the interviewer out on his bullshit. "I think you mean the charms of a woman his own age," Craig replied. "We're talking about Monica Bellucci, for heaven's sake. When someone like that wants to be a Bond girl, you just count yourself lucky!"

A dangerous double standard: Although the age gap between Craig and Bellucci is admittedly tiny, it's in stark contrast to those that typically separate older male co-stars from their younger on-screen girlfriends.

In an industry that considers the 53-year-old Colin Firth an acceptable love interest for the 25-year-old Emma Stone, or the 46-year-old Will Smith an appropriate match for the 25-year-old Margot Robbie, age disparities between male and female leads are considered par for the course. Writing for Vulture in 2013, Kyle Buchanan noted: "It seems time and time again, male movie stars are allowed to age into their forties, fifties and even sixties while the ages of their female love interests remain firmly on one side of the big 4-0."

Of course, Hollywood can't entirely be faulted for propagating this double standard. The idea that men can be sexually attractive throughout their entire lives, while women rapidly lose their sex appeal as they age, is one of the most insidious double standards in our culture, as illustrated by the brilliant Inside Amy Schumer sketch "Last Fuckable Day":

Shedding light on Hollywood sexism: During the Red Bulletin interview, Craig didn't just address ageist double standards in Hollywood. He also dropped a slew of other vaguely feminist truth bombs. For instance, when the subject of Bond's reputation as an expert "with the ladies" came up, he straight up called the character out for kind of being a sexist douchebag.

"Let's not forget that he's actually a misogynist," he told Red Bulletin. "A lot of women are drawn to him chiefly because he embodies a certain kind of danger and never sticks around for too long."