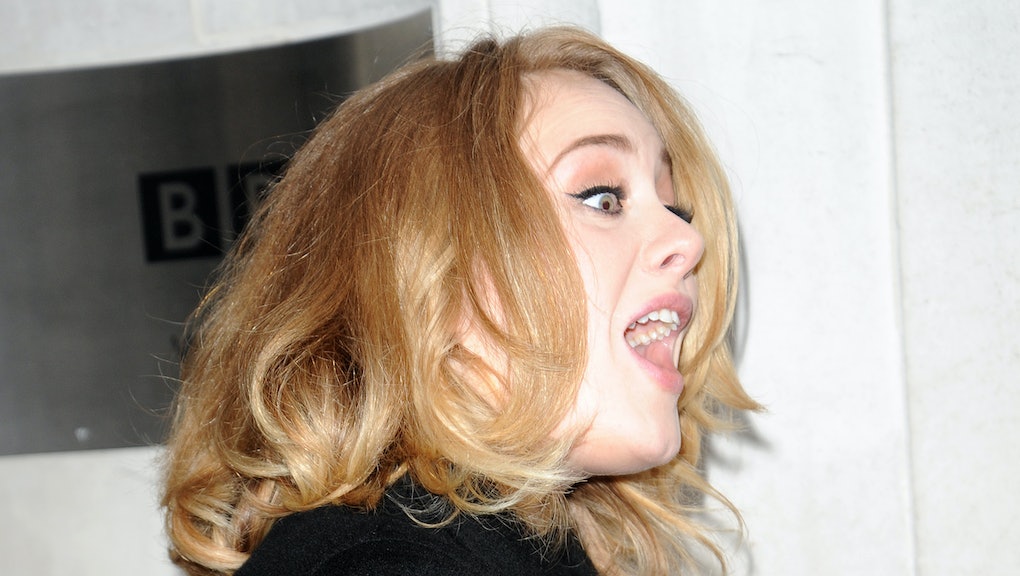 The video for Adele's first single in three years, "Hello," starts inconspicuously enough. The windswept singer is trying to call someone — her old lover, presumably — but can't get through. "I just got here, and I think I'm losing signal already," she intones. "Hello? Can you hear me now?"

And then what seemed like a throwback to that Verizon commercial we all have branded into our brains takes an even bigger turn for the nostalgic. Adele pulls out a flip phone.

She may have her reasons. Maybe she hates smartphones and thinks they're the downfall of society, or maybe she didn't want to bow down to the whims of corporations and their love of product placement. As PC Magazine notes, Adele uses progressively older and older technology in the video as "a statement about being trapped in the past, emotionally, and wanting to reconnect with it."

But this isn't just any flip phone.

Adele's flip phone looks like a Samsung E620, but it's hard to tell. It was likely released between 2003 and 2005. This is that phone you had when you were 12, the one your parents bought you because they didn't trust you with a Razr or because you broke that fancy Razr already and that was your punishment. This is the phone Verizon puts in their "basic" merchandise category. This is the phone teens use for the first time and stare at like it's a piece of moon rock. When reached by email, Colombe Raby, who worked on the video's production design, told Mic that the phone was a "nondescript flip flop phone."

The Internet, of course, lost its collective mind.

Place your bets for that "sexy flip phone" costume now, everyone. It's inevitable.