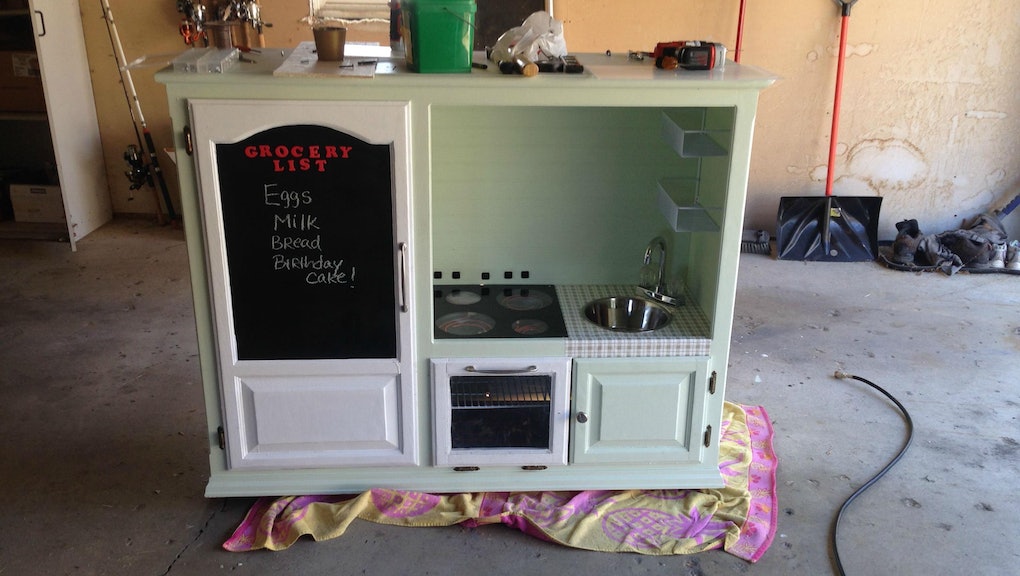 One open-minded father trying to buck gender norms for his kid recently learned there are still plenty of people who can't handle ditching traditional gender roles — and even some willing to attack young children who reject them.

Owen, 2, loves to watch his parents cook, so his father, Andrew Hook, built a kitchen play set for his birthday and shared an image of the creation on Imgur. But a slew of trolls found the idea of a young boy exploring a domestic role insulting and soon began attacking Hook and his son, Huffington Post reported on Thursday. Reddit users called the toddler a "faggot," told his father they hoped the child would get "beat up at school" and told him to "rename your son Caitlyn," according to a Queerty report.

But Hook refused to passively allow these comments to continue and wrote a pointed response.

Experts support Hook's choice too and have noted that confining children to playing with toys that stereotypically align with their gender may negatively impact development. As Elizabeth Sweet, a sociologist and lecturer at the University of California, Davis, told Quartz in September, "Because gendered toys limit the range of skills and attributes that both boys and girls can explore through play, they may prevent children from developing their full range of interests, preferences and talents."

"If you want to develop children's physical, cognitive, academic, musical and artistic skills, toys that are not strongly gender-typed are more likely to do this," she told the National Association for the Education of Young Children.

While Hook is not convinced his message will change the minds of those ignorant commenters, he "had to say something," he told the Huffington Post. "I would say to those people that the world is progressing, whether they like it or not, and to just chill out. My wife and I just want to be the best parents we can be, and that does not affect them in any way, so what is the point in being so hateful?"