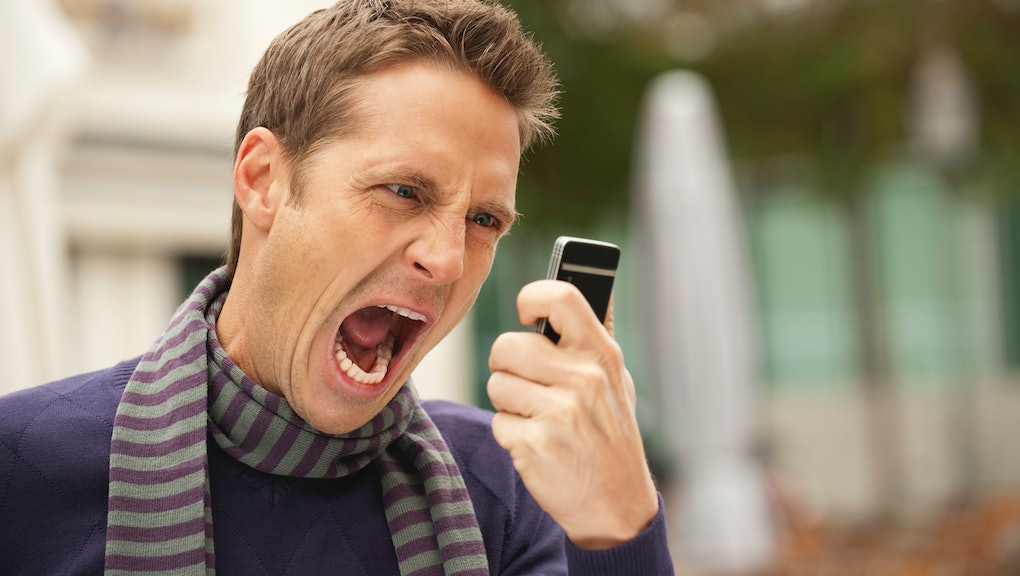 We all have dating deal-breakers. On every date, potential romantic partners display behaviors that reveal a potential mismatch. They may tip poorly, listen to Dave Matthews Band or support Rick Perry — and it's a complete turnoff, no matter how wonderful the person appeared to be at first.

In the digital age, many of these deal-breakers relate to how we communicate on social media. It's a style of flirtation we're all learning, and there are too many opportunities to screw it all up. Texting at 1 a.m.? Sending the same emoji repeatedly in successive messages? Having absolutely godawful grammar? If you do any of these things consistently, you may just be someone's digital deal-breaker.

To get the full rundown, we asked strangers on dating sites to reveal the "normal" behavior they just can't tolerate, but would never admit in public. There were some similarities in the responses, but for the most part each response was relatively idiosyncratic.

Dudes who have photos of birds in their dating profiles: You've been warned.

Your emoji game is not wanted here.

"I hate emojis. I think they are dumb, and if a guy uses them, I am totally put off, but what the hell do I know, I'm apparently dead inside when it comes to relationships. That disclaimer said, I will say if a guy uses emojis in his profile, automatic X." — Gabrielle, 23

Quit it with the damn birds, dudes.

"I joined Tinder as a joke one day just to see what was on there. At that same time, my co-worker's daughter was doing the same thing. We kept coming across guys who had pet birds sitting on their shoulders in the pictures. Like, just hanging out with their bird. It happened about five times in one day and sometimes when I decide to download the app to goof around on it I still find people with birds. It's just weird." — Erin, 26

"Horrendous spelling and grammar is annoying. Not because I'm a grammar Nazi, but it makes me imagine that they speak like a child." — Pran, 25

And ditch the cats too.

"I just don't understand the point of the cat faces. There are so many regular non-cat smileys to choose from. And they aren't even different expressions than the regular smileys. Seems sort of redundant to me. And that's what I have to say about cat emojis." — Lindsay, 22

"Just writing 'Hi' out of nowhere and nothing else. Mostly after 11 p.m. Using some kind of smiley emoji or emoticon regularly. I'm talking text, like if they use them over and over in the same [conversation]. Ugh, or ending every sentence or message with 'haha.'" — Kate, 31

Turn off your read receipts, bro.

"If you read my text or email and I know you did, and you didn't get back to me, that bothers me. I [also] feel like exclamation points, question marks and dashes are a must, because if I don't know it's you, it's real easy to misread or take texts the wrong way." — Nick, 27

No one wants a Gaston.

"Probably only two things: either a just completely unpalatable level of bad grammar (I can ignore a little bit given the nature of this particular venue), or someone who is conceited to a cartoonish degree. Because I assume she'd be just as awful to listen to in person. And is probably selfish in bed to boot." — David, 29

"[Hey] is the worst. I always say back, 'Hay is for horses.' It is so uninteresting and gives me zero reason to respond. It also sounds uninterested." — Rachel, 24

Your eggplant does nothing for me.

"Dick pics. I don't know why guys take 'em and send them, but they're never flattering or attractive. I love getting them just so I can show my friends and laugh at them. A big (or small — mostly small, actually) wrinkly wiener erect in front of a mirror? Yeah, no." — Jessica, 28

"I think people who base their opinions of a person based on saying hi with no context are ridiculous. If I was in person and came up to you and said hi, that would be completely normal. Call me old-fashioned. I tend to give people the benefit of the doubt, but there are others who have probably said goodbye to their soul mates because of a stupid Internet hang-up of theirs. " — Adam, 33

But inevitably, someone will judge you for your weight.

*Last names have been omitted to allow people to speak freely.