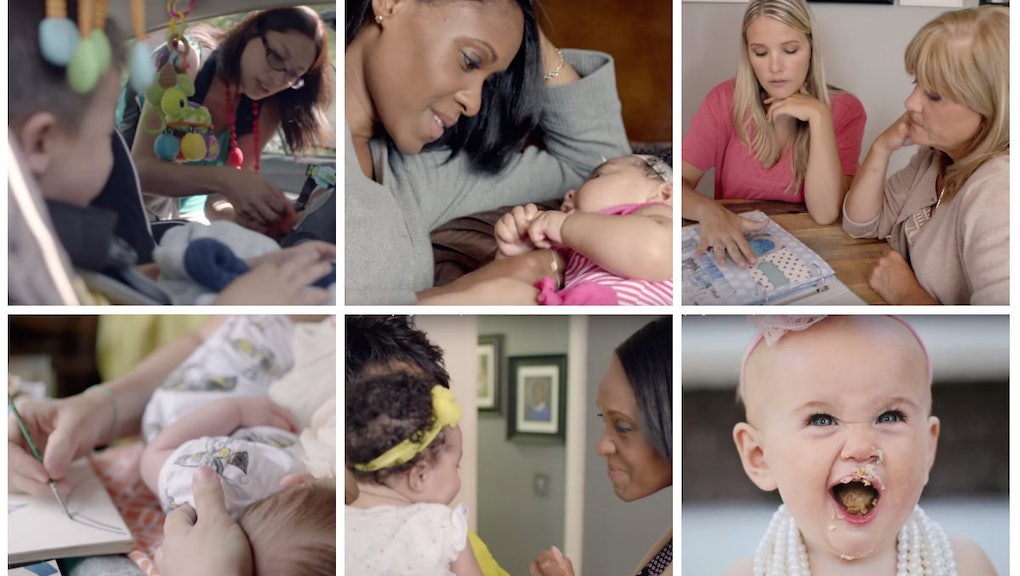 Women Sound Off on the Mom-Shaming They Face Every Day

When it comes to becoming parents, mothers particularly seem to have to make a lot of choices, and those choices seem to be in direct opposition to each other: breastfeeding versus formula, staying at home versus working, pink and blue versus yellow and green.

And no matter how parents choose to raise their children, they often face judgement or shame in their choices from others.

"A lot of the choices I make for my baby, I have to fight for it, so when I see someone doing the opposite, I definitely find myself judging them," Dawn, a mother, says in a video for Similac.

Several mothers showed how they navigate their work lives, like creating a space to pump breastmilk in an open office, and the feeling of having to leave a child with family or at a child care center in order to go to work. Others talked about how they're constantly judging themselves or how they have to defend their choices to others.

Elizabeth, who has two children under the age of 2, described being asked by many people about the timing between the births of her children.

"I mean, people really want to know my sexual history with my husband," Elizabeth says.

Ending the "mommy wars": Misha Jenkins, Similac's director of marketing, told Mashable the campaign was intended to transcend judgement that comes with the very natural act of becoming a mother.

Parents magazine says this problem is overblown. Sixty-three percent of mothers polled said the "mommy wars" are a problem. Still, nearly one-third of respondents in a 2013 poll conducted by Parents said they've witnessed that sort of judgement in their own social circle, and nearly as many said they'd been personally judged for being either a stay at home parent or one who works outside of the home.

In either case, whether the judgement is around formula feeding for babies or deciding to raise your child with a gender-neutral perspective, mothers are being encouraged to not only not feel ashamed of the way they choose to parent but also not to judge each other. At the end of the video, the mothers who were featured separately came together, and Dawn admits to judging another mom.

"I feel ashamed for judging you, especially hearing your pregnancy loss story, because even though I can't understand about the formula," she says, "I understand what it's like to lose a baby and how part of your soul is always missing from your body."